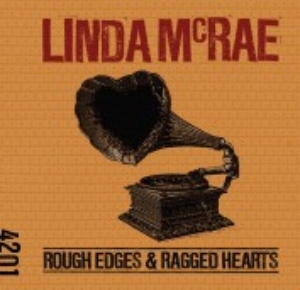 Not only does 2012 mark Linda’s 25th anniversary as a Canadian recording artist it also marks the launch of her new record label 42RPM. The nomination and glowing reviews make the success of 42RPM’s first release all that much more signicant. In the first month of its release the recording went to #1 on CKUA Radio, was Alison Brock's Pick of the week at CKUA, was #4 in the Folk DJ’s list of Top Canadian Albums, #1 & 2 Top Canadian Songs for Rough Edges & Ragged Hearts and Be Your Own Light and #8 in Top Canadian Artists. It also hit #16 on the Freeform American Roots Chart.

Performing on clawhammer banjo, acoustic guitar, accordion and porchboard stompbox, Linda combines old-time sounds with universal themes of heartbreak & redemption offering an intriguing sepia postcard from the past that is vibrant and alive in the present. Recordings and performances with musical luminaries include Bruce Cockburn, Neko Case, Alejandro Escovedo, Gurf Morlix, and Ray Waylie Hubbard.

Recent performance highlights include The Carter Family Fold, VA, The Hank Williams Museum, AL, Barbican Theatre, UK, Maverick Festival, UK and New Folsom Prison, California’s infamous maximum-security prison performing in concert and facilitating songwriter workshops for the inmates. Her workshops and concerts were so well received, she’ll return to participate in the program in March 2012. The concert and workshops permitted inmates freedom of expression while giving Linda a rare opportunity to assist in that expression.

Linda also writes a column for BC Musician's Magazine entitled "This Winding Road” and for KickAss Music Women entitled “Rough Edges”. She is endorsed by EnRoute Music makers of the PorchBoard and Schatten Design Acoustic Pickups.
Quotes:

“I predict that 25 years from now the folksingers of the day will still be borrowing songs from this disc. While she does a great cover of Hank Williams’s Ramblin’ Man, McRae’s own songs are up there with the great master.”


“one of the most pure, soulful, honest and distinctive voices in Roots music, period!”

“I'd be hard pressed to name an artist who has upped the ante to such a degree at this stage of an artistic journey. Her command of the instruments she plays is impressive and her assured confidence as a singer infuses that much more range and emotion to a lyric.”


"When all the trends fade and become dated, and all the music from the cutting edge becomes dull, Linda McRae will continue to stand tall, singing and playing music with honest soul and humility, cutting through the fog with her timeless clarity. Linda is one of the true, soulful pioneers of honest roots music. Her singing and playing brings honor to her heroes and to her friends and fans.” Colin Linden, Award Winning Songwriter, Producer, Guitarist (Bruce Cockburn, Emmy Lou Harris, Alison Krauss/Robert Plant).


"Linda's absolute love of traditional roots music runs deep down into the Appalachian dirt, and it shows in everything she does, total commitment! And now she's playin' the clawhammer banjo! Gotta love it"! Gurf Morlix (Lucinda Williams, Mary Gauthier)
6
What's This
Advertisement