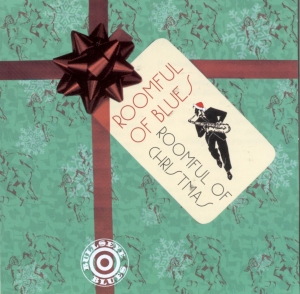 Over the course of their decades-long existence, Roomful of Blues effectively became a franchise unto themselves, built more on a brand-name collective identity than on the voices of the myriad individual members who kept the band a smoothly humming machine. Describing Roomful of Blues that way, however, gives short shrift to the many accomplished musicians who have emerged from the band's ranks over the years: guitarists Duke Robillard and Ronnie Earl, organist Ron Levy, pianist Al Copley, singer Lou Ann Barton, vocalist/harmonica player Sugar Ray Norcia, and drummer Fran Christina(later of the Fabulous Thunderbirds), to name the most prominent. Plus, the band's horn section blossomed into a renowned freelancing unit, backing countless other artists both on-stage and in the studio. They've evolved over the years, too; from a swinging jump blues revivalist group into expert blues historians with a handle on numerous regional variations: Texas, the West Coast, Chicago, New Orleans, Kansas City.

Perhaps the best way to put it is that regardless of who was in the group, Roomful of Blues just kept going strong.
A nine-piece outfit for the majority of their existence, Roomful of Blues were founded in Westerly, RI, all the way back in 1967, by guitarist Duke Robillard and pianist Al Copley. Settling on drummer Fran Christina and bassist Larry Peduzzi, the group began playing around the local club and coffeehouse circuit, initially pursuing a contemporary blues-rock style. Robillard quickly rethought their direction when he discovered jump blues, and in 1970 he added a horn section featuring saxophonists Greg Piccolo(tenor) and Rich Lataille (alto/tenor), plus a more swinging drummer in John Rossi; baritone saxophonist Doug James joined up in 1971. After a couple of years honing their sound and achieving local popularity, Roomful of Blues started supporting established blues artists, and started what would become a 15-year residency at the Knickerbocker Cafe in Westerly. In 1974, they gigged with Count Basie, a professed admirer, and after a few more years of live work, songwriter Doc Pomus finally helped the band get a record deal with Island. Their self-titled debut was released in 1977, and they followed it up with 1979's Let's Have a Party for Antilles. Robillard subsequently left the group to pursue other projects, eventually finding considerable success as a solo artist.

Robillard's spot as guitarist and bandleader was taken by Ronnie Earl, and trombonist Porky Cohen was also added to flesh out the horn section. Meanwhile, female vocalist Lou Ann Barton spent a year with the group, and saxophonist Piccolo subsequently took over, making his vocal debut on 1981's Hot Little Mama (recorded for Blue Flame); the same year, trumpeter Bob Enos joined the group, as did bassist Jimmy Wimpfheimer (who was replaced by Preston Hubbard in 1983). Roomful of Blues' reputation had been growing steadily in the blues world, and they soon attracted more mainstream notice by serving as a studio backing group for legends like Eddie "Cleanhead" Vinson (1982's Eddie Cleanhead Vinson & Roomful of Blues), Big Joe Turner (1983's Blues Train), and Earl King (1988's Glazed); all three albums in question earned Grammy nominations. Roomful of Blues hit the studios on their own as well, signing with Varrick and recording 1984's Dressed Up to Get Messed Up. Helped by good timing, the record raised the group's profile even further following the emergence of Stevie Ray Vaughan and the Fabulous Thunderbirds, and they were able to tour heavily behind it. Unfortunately, Piccolo needed throat surgery, and at first Keith Dunn filled his spot in concert; vocalist/harpist Curtis Salgado was brought in as a longer-term replacement, and fronted the group on 1987's Live at Lupo's Heartbreak Hotel; new organist Ron Levy also made his debut there, replacing Copley.

Unfortunately, Ronnie Earl left the group later that year, and while Roomful of Blues remained a popular touring attraction, it would be seven years before they would pull together and reenter the recording studio (at least, on their own; they did back Pat Benatar on 1991's True Love). Predictably, several personnel shifts ensued: Salgado left when Piccolo's voice healed; trombonist Cohen was replaced by Carl Querfurth in 1988 (later serving as the group's producer as well); guitarist Chris Vachon joined in 1990; and new pianist Matt McCabecame on board in 1992. With a trail of busted record deals behind them, Roomful of Blues eventually bankrolled their own sessions and found a home for the result, Dance All Night, on Bullseye Blues in 1994. With Piccolo now departed, Ronnie Earl's longtime friend Sugar Ray Norcia handled vocals and harmonica, and stuck around for the subsequent Bullseye albums Turn It On! Turn It Up! (1995, nominated for a Grammy) and Under One Roof (1997). Following the latter, a mass exodus of personnel left Roomful of Blues down to just a core of drummer Rossi, guitarist Vachon, trumpeter Enos, and saxman Lataille(even the long-running horn team was broken up). The remaining members restored the band to a nine-piece fronted by new vocalist McKinley "Mac" Odom, and returned in 1998 with There Goes the Neighborhood. Prior to recording their next album, longtime stalwart Rossi finally retired from the band and was replaced by Chris Lemp on 2001's Watch You When You Go. Looking to return to a more traditional blues sound, in early 2002 the band replaced Odom with singer/harpist Mark DuFresne. The group moved to Alligator Records in 2003 for That's Right, following it with a string of consistent albums for the label, including 2005's Standing Room Only, 2008's Raisin' a Ruckus, and 2011's Hook, Line & Sinker. The band celebrated their 45th anniversary in 2012 with 45 Live, recorded over three nights at Ocean Mist in Rhode Island. Alligator released the album from those shows the following year.