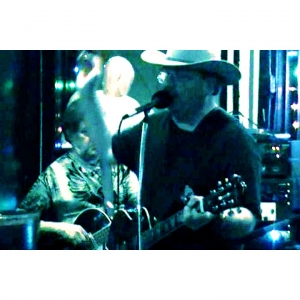 I've been having fun writing songs and performing since the 1970s.

I was born in Staten Island New York in 1957. My family moved to Milwaukee in 1964. Except for three years in the military, and a short time in New Mexico, I’ve lived in southeastern Wisconsin.

I came from somewhat of a musical family on my fathers side of the family. Although my music is nothing like the music of my grand parents or of my father and his brothers and sisters, they still accepted it. My grand mother did wonder why I was playing "colored" music. She was old even back in late 1960s. I don't think she understood Rock and Roll, or Rhythm and Blues very well. To me people have always been people, and music has always been music. If we all looked the same and all had the same culture I think it would be a very boring world. It was the blending of different music styles that gave us music like Rock and Roll, and Rockabilly.

The first time I ever really felt the music was back in the late 1960s when I was about 11 or 12 years old. When I first heard JERRY LEE LEWIS it changed my whole perception of music. Something about that kind of music really grabbed me and didn't let go.

I really wanted to play guitar, but I didn't have one, and couldn't afford one. So I saved my dime a week allowance for 20 weeks and bought a $2 harmonica. On one of my birthdays my father got me a small $10 guitar. I was terrible at both early on. No natural talent here. But with a lot of desire and practice here I am today.