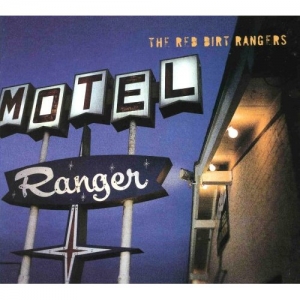 Co-produced by Steve Ripley and the Red Dirt Rangers, this is the last project recorded at the world-famous Church Studio, once owned by native Oklahoman Leon Russell. Firmly planted in outlaw country and roots rock, this is the quintessential Ranger's album, featuring the stunning keyboards of Augie Meyers, known for his work with The Sir Douglas Quintet and the Texas Tornados.

Sitting right in the middle of the country, with music from the rest of the USA swirling through it from all sides, Oklahoma has understandably been the source of several influential pop-music movements. Invariably, those styles can be traced not just to a city, but to a specific place within that city – as well as to an act that sums up what it's all about.

You can begin in the 1920s with the Oklahoma City Blue Devils, who'd become a huge force in the creation of Kansas City jazz, coming out of the downtown OKC area known as Deep Deuce. Not long afterwards, Bob Wills and his Texas Playboys popularized the music now known as western swing from the Cain's Ballroom in Tulsa; several decades later that same town's Leon Russell turned a church into a studio, introducing the Tulsa Sound to the whole doggone rock 'n' roll world.

Like the others, Red Dirt music grew up in a specific place in a specific town. The town is Stillwater, home of Oklahoma State University. The place was a two-story, five-bedroom, funky old place called the Farm --for two decades the epicenter of what would come to be called the Red Dirt scene.

The act that represents Red Dirt? You couldn't do any better than the Red Dirt Rangers, who've been carrying the banner for Red Dirt music since the late 1980s. And years before the band existed, Ben Han, John Cooper, and Brad Piccolo became an integral part of the Farm's musical brotherhood, trading songs and licks with the likes of Jimmy LaFave, Tom Skinner, and Bob Childers – and, later, with such now white-hot acts as Cross Canadian Ragweed, Jason Boland and the Stragglers and Stoney LaRue.

"We would keep on coming in, every weekend, and whoever was playing music at the time, we'd just chime in," recalls Ranger lead guitarist-vocalist Ben Han, whose journey to the Farm began in far-away Borneo. "Living-room jams became jams for beers, and then it was, `Hey, we've got something going on.' We just proceeded with what we already had, called a couple of friends, and the next thing you know, we're pickin' and grinning."

That casual approach to becoming a band is the very antithesis of the ambition-driven grab for the stars that makes shows like American Idol possible. But the Rangers' laid-back road-less-traveled style splendidly evokes the musicians who honed their chops in the living room, front porch, garage (aka "The Gypsy Café") and campfire-dotted acreage of the Farm, where the sheer joy of creating music with friends transcended everything else. As Rangers mandolinist-vocalist John Cooper has noted, " The Farm was as much an attitude as a physical structure. It allowed a setting where freedom rang and all things were possible. Out of this setting came the music."

The physical structure burned down in 2003. But the attitude prevails in not only every Red Dirt Rangers show and song, but also in the acclaimed new disc Ranger Motel – produced by Red Dirt godfather Steve Ripley at Tulsa's legendary Church Studio -- which finds the band consistently conjuring up the spirit of the Farm and Stillwater. Opening and closing with two direct evocations of their old hometown, LaFave's "Red Dirt Roads" and Piccolo's longingly wistful "Stillwater," Ranger Motel is chock-full of connections to those golden days at the Farm, In addition to songs penned by such Red Dirt compadres as Childers, Skinner, Mike McClure, Greg Jacobs and Ranger bassist Don Morris, it includes a spirited remake of "Lavena," a tune from the band's very first album, the cassette-only Cimarron Soul (1991).

Along with longtime musical pals Randy Crouch on fiddle and Tulsa Sound legend Jim Karstein on drums, Ranger Motel features appearances by another Tulsa great, harmonica player Jimmy Markham, and Texas-based keyboardist Augie Meyers, whose genre-twisting work with the Sir Douglas Quintet and Texas Tornados had a major influence on the Rangers' music.

Another influence on the disc is far less joyful. In the summer of 2004, the three Rangers all went down in a near-fatal helicopter crash. Guitarist-vocalist Piccolo believes that whole experience helped return them to their Stillwater roots.

"A lot of times, you're just kind of rambling along, and it takes an epiphany like that, a defining moment, to let you know what your purpose is," he explains. "Now, I just want to make good music and send a good feeling out there to people."

That's exactly what the Red Dirt Rangers do with Ranger Motel, channeling the deep and wondrous vibe of the Farm, and playing it forward to a new generation.

-by John Wooley - from LunaChicaRecords.com