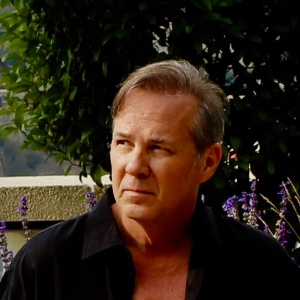 
Who Is Randy C Moore


Robert K Oermann and MUSIC ROW MAGAZINE says "Jaunty, catchy and tropical sounding. Very much in the Island/Buffett/Parrothead groove. His vocal delivery is loaded with warmth."

BUDDY MAGAZINE says "From the first tract to the last, the clever lyrical phrasing, outstanding musicians and unique production, make it a great CD" by Jan Sikes Buddy Magazine

Hall Of Fame Songwriter Dallas Frazier says "I listen for the marriage of melody and lyrics. For lines that give birth to mental videos. I wasn't disappointed. Put the CD on ...kick back...and get ready for some good listening."

GASHOUSE RADIO says "CD is a powerful reminder about the impact high quality country music can have - there's style , substance and tremendous polish driving these tunes

The singles from Randy C Moore's Album " Hwy 59(Remastered) are becoming the latest Country Americana rage of radio programmers both domestic and worldwide.

RANDY C MOORE is a Global Music Artist. A native of Humble, Texas, at 15 years of age he was making his own records; and with the help of Houston radio personality Arch Yancey (KNUZ), his first single releases were receiving significant Texas radio airplay. In addition, he was also a regular feature of the world-famous Gilley’s. By the time he graduated high school, Randy was a guest star on WSM’s Grand Ole Opry hosted by Roy Acuff.

He attended Belmont University in Nashville for modern recording and pro song writing. All the while, he was opening shows on the road with Hank Williams Jr., David Allen Coe, Amy Grant, Vince Gill, and Lee Ann Rimes. His song writing career teamed him up with Nashville greats, Restless Heart, Pat Bunch, David Lee, and rockabilly legend, Carl Perkins.

“ …becoming friends with Carl was about the easiest thing I’d ever done. I’m pretty sure he knew I was nervous, but it all went away with a little, ‘well, how ya’ doin’ son?’…I really miss Carl.”

“I sang some Carl Perkins songs with Elvis’ old band mates. It was time to let folks know that God cared for them in their darkest time of need…I hoped it was enough.”

Randy is currently riding on the success of his new music by playing shows from Monaco to Shanghai, China, and the U.S. lower 48 states. He is also host of the worldwide radio show “Neon Music Country Legacy” and is currently co-producing new music with hit-maker, Norbert Putnam, in Muscle Shoals, AL.

“I’ve been given a great gift…It’s a privilege and an opportunity to make people feel good by playing music for them. I consider myself beyond lucky to do that, day after day.”