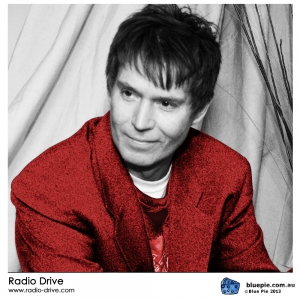 Kevin Gullickson's 'Radio Drive' made it on the charts for two notable topping hits of 2012!

With radio play by college radio stations around the country and online stations around the world. His recent album “This is Our Time”: which has been met with great reviews has made a couple of notable list on music sites such as New Jersey Stage and their 70 albums of 2012 ‘This is Our Time’ came in at #70. While the track, “Rising” made it onto the top songs of 2012 – music list by Gary Wein.

Wein is a big fan of Gullickson's work, with 'motivational rock' growing in fans and making a comeback on our charts, Wein himself a three-time winner of the Asbury Music Award for Top Music Journalist. He writes for NewJerseyStage.com and Jersey Arts, and serves as Program Director for ThePenguinRocks.com, an online radio station spinning indie rock and roll.
Radio Drive has received mountains of praise from well-known industry legends! Blue pie look forward to promoting 'Radio Drive's' continued success in 2013! Learn more about Kevin's latest project on the official site!


< Go Back
7
What's This
Advertisement