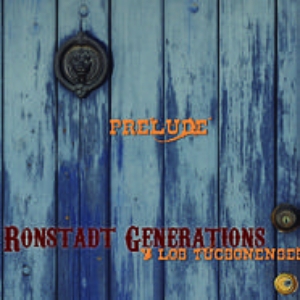 In their much-anticipated 2nd album release, “Prelude”
showcases one of the most important musical families of Tucson, Arizona and introduces Los Tucsonenses, the
Versatile band that has been seen backing Generations in the Southwest. Ronstadt Generations represents the
rnulti-cultural roots Arnerica was founded upon. Dating back generations in North America, Michael J. Ronstadt, younger brother of Linda Ronstadt, continues the family tradition with his two sons, Michael G. and Petie.
These three voices - all multi-instrumentalists and solo artists in their own right - bring to life a repertoire that reaches back to the end of the 19th century while continually looking ahead into the 2 lst, with a rich innovation of original material alongside traditional Southwestern and Mexican songs.
Each comes with the highest credentials, having
appeared around the world in performance and on
recordings with such diverse artists as Linda Ronstadt, Los Lobos, the Dixie Hurnrningbirds, Muriel Anderson, and countless others.
2
What's This
Advertisement