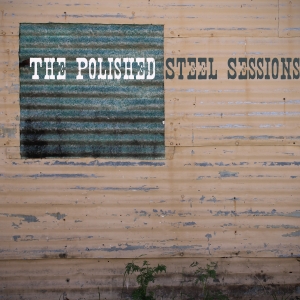 SAN MARCOS, Texas – Americana website Polished Steel announces its debut release The Polished Steel Sessions (due May 13), a digital collection of previously unreleased original songs by the best in Central Texas and beyond. “All songwriters have songs that haven't fit older albums or new songs that may or may not make it onto a future record,” says Brian T. Atkinson, who curates the Polished Steel site and produced the new collection with Jenni Finlay. “This record gives them a home and showcases songs in their natural form, raw and acoustic and cut in just one or two takes.”

The Polished Steel Sessions features all new recordings by a dozen artists including Adam Carroll, BettySoo, Bill Chambers, Jaimee Harris, Curtis McMurtry, Verlon Thompson and Walt Wilkins, among others. The musicians found sessions an exciting opportunity to release unrecorded songs. “It's been more than a year since I released my last record Raven Hotel and I've been writing new songs for another album,” Matt Harlan says, “but until now I haven't been in a studio to cut anything to share. Thanks to Polished Steel I'm excited to share a new tune called 'The Time Is Now' for the first time.”

Recordings for The Polished Steel Sessions were held at the Cheatham Street Woodshed, the recording studio founded by legendary Texas music figure Kent Finlay and now owned by Jenni Finlay, Russell Tanner and Atkinson. Tanner engineered sessions and mixed and mastered all songs on the album, which serves as a fundraiser for improvements and renovations at the studio.