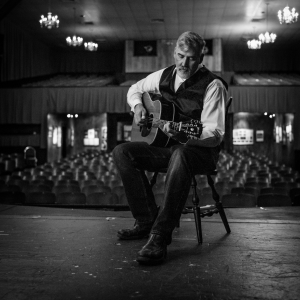 
Patrick Sylvest was born and raised in deep south Louisiana on the Mighty Mississippi where he began his music career as a teen, playing and singing in the choir and with garage bands. He has settled in Thibodaux, Louisiana where he enjoys his family life and career as a Certified Registered Nurse Anesthetist and Award Winning Singer Songwriter and Multi-instrumentalist.
Patrick was a finalist in the 2008 13th Annual USA Songwriting Contest with his song, 'A Little Less Louisiana' and a second place finisher in the Rockygrass Dobro Contest that same year.
He has opened shows for Jim Lauderdale, Guy Clark, Jack Williams, Spencer Bohren, Eric Taylor, Sarah Pierce , The Claire Lynch Band, and Irene Kelley. He’s performed at many Louisiana Festivals including The Yellow Leaf Arts Festival, The Bonfire Festival and The Voice of the Wetlands.
Patrick Sylvest’s discography features the contributions of Instrumental virtuosos like Rob Ickes, Andy Leftwich, and Lloyd Maines, and Vocalists Carolyn Martin and Jodi James. His Songwriting is lush with homespun phrasing and stories relating to his South Louisiana roots and drawing from the many genres of music that thrive there from Country and Bluegrass to Cajun and Jazz.
He has played in several groups serving as dobro and mandolinist for the Lafayette, LA based 'Folklure' and Thibodaux, LA based 'Moss Pickers' String Bands and more recently in the Gypsy Jazz duo, ‘Le Hot Club de Lune’. He’s served as dobro instructor for the Songbird Music School in St. Francisville, LA since 2012.
Now performing primarily as a solo artist, Patrick can be heard at a variety of venues and events. He is available for private engagements and concerts, solo or with a full band. Contact through website. www.patricksylvest.com