Paddy Mills - Race To The Bottom 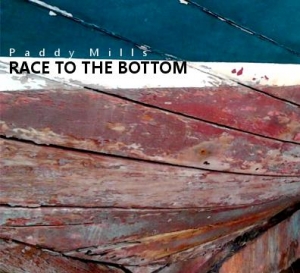 Paddy Mills is an award winning folk singer from the coast of Maine. The son of a part time DJ at the local AM Country Radio station, Paddy grew up in the small fishing village of Owl's Head. He cut his teeth playing Irish music at pubs though out New England; These are the elements that inform his writing, from the direct and simple approach of classic country music, the emphasis on melody and story telling found in traditional Irish Music to the unpretentious attitude and dry wit that stem from a hard scrabble life scratching out a living where the ocean meets the land. Mainefolkmusic.com described his last release as being full of 'finely crafted and masterfully performed songs'. In his latest release 'Race To The Bottom', Mills demonstrates once again the he can spin a yarn, catch a song, turn a phrase and make a point with a wink and wry smile.