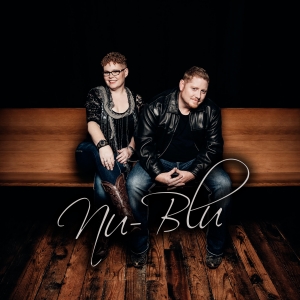 About Nu-Blu:
With 4 albums on the Billboard Top 10 Charts, and #1 on the Bluegrass Today Grassicana Chart, a Sirius/XM Most Played Song of the Year, a #2 Country song in the UK, and now hosting Bluegrass Ridge TV and Radio, its easy to say that Nu-Blu is one of the top acoustic bands in the nation.

Hailing from Siler City, NC, the textbook definition of a picturesque small southern town, Nu-Blu’s heart and soul is husband-and-wife duo Daniel and Carolyn Routh. Carolyn’s caramel-coated soprano is one of the band’s defining traits, at times a tender lullaby, at times a freight train headed straight for you, but always unwinding a surprising tale. Daniel is the group’s backbone, a multi-instrumentalist and vocalist who also handles band management. Austin Hefflefinger on banjo, and Andrew Dowling on dobro round out the quartet’s warm, layered, American roots sound. Together they deliver upbeat, blazing-fingers pick work just as well as gentle, heartwarming ballads, and they do it all with a natural togetherness that can’t be faked, forged over hundreds of shows on the road.