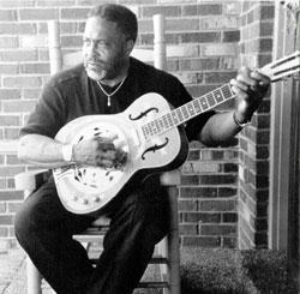 James "Nick" Nixon is one of the foremost vocalists in the blues world today, as well as an outstanding guitarist and bandleader. As he enters his sixth decade of performing in the music business, Nixon has been recognized worldwide for his talents.

A velvet-voiced blues/R&B entertainer, Nixon was a Chess recording artist in the 1970's. In 2001 he released his acclaimed album, No End To The Blues, on the Black Magic label. The title cut was co-written with Elvis' discoverer/guitarist and Rock and Roll Hall of Fame member Scotty Moore, a Nixon friend.

In July 2005 he released a new album of original blues songs, Back Down South, on the Buncy Records label. That CD is available from CD Baby.

In the gospel world, Nixon released a CD entitled Me, Myself and The Lord, which was named "best gospel album of 1998" by Mark Weber, editor of Behind the Scenes, a New York radio and recording industry newsletter. Nick has also produced albums by many of the greats in the gospel genre, including the world-famous (and Grammy winning) Fairfield Four.

Nick has been the recipient of the Keeping the Blues Alive (KBA) Award from The Blues Foundation, the highest award given in the field of blues education. Along with his partner, Shannon "Bayou" Williford, Nixon has performed an average of 60 educational shows on blues and R&B yearly; covering 8 states in the Southeastern USA. For more information on his educational programs please visit www.americanrootsmusic.org.

In 2004 Nixon retired from Metro Parks where he was a guitar instructor for 35 years, impacting many music students.

Currently, James "Nick" Nixon continues to share his gifts with the world on a daily basis. He performs solo or with a duo or trio, as well as with a full band, featuring some of the finest musicians in Nashville.