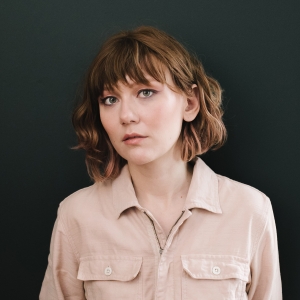 Compass Records is proud to announce an extraordinary new album from award-winning songwriter-guitarist Molly Tuttle. …but i’d rather be with you arrives everywhere on Friday, August 28. In March 2020, the Nashville-based Tuttle experienced the devastating tornado that tore through much of East Nashville, followed by the global pandemic. While sheltering at home, she found solace by revisiting favorite songs in an attempt to “remind myself why I love music.” An idea for an album emerged, to be recorded with Los Angeles-based producer Tony Berg (Phoebe Bridgers, Andrew Bird), despite being over two thousand miles apart.

Tuttle taught herself how to use Pro Tools and then recorded and engineered all of her parts alone at home before sending them to Berg in Los Angeles. The renowned producer enlisted a number of legendary session musicians – including drummer Matt Chamberlain and keyboardist Patrick Warren – to add instrumentation from their respective home studios, with guest vocals contributed by Dawes’ Taylor Goldsmith and Old Crow Medicine Show’s Ketch Secor. “This is how the astronauts do it!” Tuttle recalls Berg saying as they sent the files back and forth.

The result is a surprising and inventive collection of songs that cross the musical spectrum and the decades, from iconic artists spanning FKA Twigs to Cat Stevens, Rancid to Karen Dalton, all united by Tuttle’s clear, true voice, astonishing range, and incredible musicianship. With its remarkable scope and adventurous creativity, …but i’d rather be with you presents a further progression of Tuttle’s distinctive talent and musical ambition while hinting towards what is yet to come.

“I have been working on writing for another original album and am still planning to record that this year,” Tuttle says, “but in the meantime I wanted to share these covers that have lifted my spirits, in hopes that you’ll find some much-needed joy as well.”

A virtuosic, award-winning guitarist with a gift for insightful songwriting, Molly Tuttle has garnered worldwide applause for her amazing flatpicking guitar technique and confessional songwriting. Since moving to Nashville in 2015, the native Californian has been welcomed into folk music, bluegrass, Americana, and traditional country communities – even as her own music pushes against the limits of those genres. A series of awards and accolades followed, including two consecutive International Bluegrass Music Awards as “Guitar Player of the Year” – the first female artist to achieve that historic honor.

Crowned “Instrumentalist of the Year” at the 2018 Americana Music Awards on the strength of her acclaimed RISE EP, Tuttle affirmed her signature sound with last year’s boundary-breaking debut album, WHEN YOU’RE READY. Produced by Ryan Hewitt (The Avett Brothers, The Lumineers), the album was hailed by NPR for its “handsomely crafted melodies that gently insinuate themselves into the memory,” noting, “Tuttle applies remarkable precision to her pursuit of clarity. That’s even a central theme of her lyrics: consciously reckoning with indecision or intuition, honestly acknowledging incompatibility, cultivating intimacy based on people seeing each other for who they are.” “The bluegrass virtuoso’s first solo album blends emotional preparedness and long-demonstrated knowhow,” wrote the Wall Street Journal, while American Songwriter raved, “The production, playing and songwriting coalesce into a striking statement that shows an already developed artist well on her way to the next level of her still nascent career.”
15
What's This
Advertisement