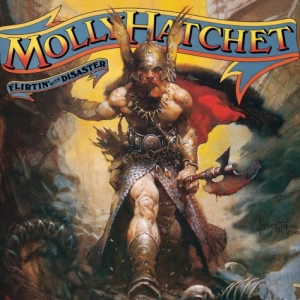 In the early 1970's a new form of music was emerging in the south. A mixture of blues, country, gospel and the English invasion of rock and roll that later was to be coined as the phrase "Southern Rock." The music was filled with style and emotion and with bands in the fore-front such as the Allman Brothers, Lynyrd Skynyrd and a band from Jacksonville, Florida called Molly Hatchet, named after a famous 17th century axe murderess Hatchet Molly, who would behead her lovers with the hand tool Lizzy Borden made famous.

Their self-titled debut album Molly Hatchet, which included Danny Joe Brown, Dave Hlubek, Duane Roland, Steve Holland, Banner Thomas and Bruce Crump, was released on Epic records in 1978 and reached multi-platinum status as the band established their reputation of working hard, playing tough and living fast through intense touring with such bands as Aerosmith, Bob Seger, the Rolling Stones and many more.

Lead singer Danny Joe Brown left the band in 1980 and contacted Bobby Ingram, a well known southern guitarist and friend who gave DJB his first singing gig in 1975 with a Jacksonville based band called Rum Creek. Brown and Ingram then put together the Danny Joe Brown Band with keyboardist John Galvin and continued touring until 1982. Singer Jimmy Farrar replaced Brown and Molly Hatchet recorded the albums Beatin' The Odds (1980) and Take No Prisoners (1982) .

In the summer of 1990, four key members left the band, making way for young, talented musicians to join Molly Hatchet under the leadership of Danny Joe Brown and Bobby Ingram. Original bassist Banner Thomas returned to the band for a short time in the mid-90s alongside Brown and Ingram.

Brown retired from the band again in 1995 (due to health reasons) and asked his long-time stand-in and friend Phil McCormack to fulfill the band's recording and touring responsibilities. Alongside Ingram, McCormack would later become a major force in the band's songwriting department. Phil is often seen roaming the band's venues, looking to meet and chat with new fans as well as keeping up with the Molly Hatchet veterans.

In 1995, after five years of non-stop touring and under Bobby Ingram's leadership, Molly Hatchet landed a major recording deal. The results were the critically acclaimed CDs Devil's Canyon (1996), Silent Reign Of Heroes (1998), Kingdom Of XII (2000), Locked And Loaded; Double Live (2003), Best Of Re-Recorded; The 25th Anniversary CD (2003) and their latest studio effort Warriors Of The Rainbow Bridge (2005). Molly Hatchet released it's first DVD/CD Live In Hamburg in 2005, and the new live CD/DVD Flirtin' With Disaster Live was released on June 5, 2007, the latter being the first Molly Hatchet DVD with Dave Hlubek on guitar. This show was filmed/recorded in Prestonsburg, Kentucky on the 2006 World Tour.

Sadly, the Molly Hatchet family has lost three of their own. Bobby Ingram's wife Stephanie left us in 2004. Her sudden and unexpected passing was a shock to all. Stephanie worked very hard for the band behind the scenes, taking care of the band's business while Bobby and the boys were on the road.

Danny Joe Brown left this world in 2005, and Duane Roland went home in 2006. Both are greatly missed and will not be forgotten. May God bless their friends, fans and families.

In 2006 guitarist Bobby Ingram celebrated his 20th Anniversary as lead guitarist of the Molly Hatchet band. Original Molly Hatchet/Danny Joe Brown Band keyboardist John Galvin remains in the lineup, as well as veteran singer Phil McCormack, who now has 11 years as the voice of Molly Hatchet.

Co-founding Molly Hatchet member Dave Hlubek returned to the fold in December of 2004 and is enjoying his second stint with the band. Dave and Bobby blend together perfectly and both are enjoying recording and touring together with the 21st century Molly Hatchet lineup.

Rounding out the band is the rock-solid rhythm section of the respected, seasoned bassist Tim Lindsey (Lynyrd Skynyrd, Rossington Band) and 6th-year member Shawn Beamer, a powerhouse drummer from Daytona Beach whom his fans have nick-named "Thunder"!

"So, as we roll on through our next 30 years of music & the road along with our dear fans ( who walk beside us no matter what), I can guarantee that the southern rock fans around the world will grow and become stronger than ever before and keep developing the common bond and unity that keeps this style of music alive and well. Rest assured, after 30 years, Molly Hatchet is a band that is always working hard, playing fast, living tough and still FLIRTIN' WITH DISASTER!!!"
17
What's This
Advertisement