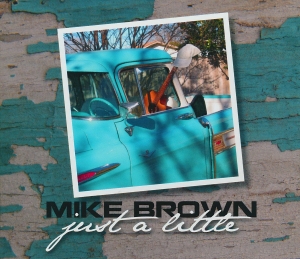 It's Amazing What A Little Harmony Will Do
“Which came first,” I asked, “law enforcement or music?” “I knew early on that I wanted to be in law enforcement,” he says, “but I did start taking guitar lessons when I was ten.” As he honed his musical skills, Mike continued to work at the craft of songwriting, but was initially hesitant about the idea of performing live and making a professional recording.

“I’ve always tried to keep the two worlds (music and law enforcement) separate from each other,” he explains. But Mike’s friends, recognizing his musical talent, began encouraging him to record his songs. His first CD, The Summit Ridge Sessions, was named for the street he lived on. “I did it at the house,” he says, “a complete do-it-yourself project.” Mike’s musical talent captured the attention of The Dallas Morning News, which published an article headlined, “For the record, Euless Police Chief can sing”!

Mike’s musical influences are the troubadours, the songwriter’s songwriters, mostly indigenous to - or rooted in - The Great State of Texas: Guy Clark, Townes Van Zandt, Verlon Thompson, Tom Russell. Mike knows what he likes, and he doesn’t find a lot of it in contemporary popular music. “I’m a storyteller,” he says, describing his music as being “on the folk side of country.” But on his new album, Just A Little, the listener will hear styles that run through the Americana spectrum from folk to honky-tonk, and from bluegrass to blues.

Does he plan on making the transition from police administrator to Texas troubadour? “I’m too old,” he chuckles, “I would like to stay with what I’m doing unless they run me off.” So, the citizens of Euless, Texas don’t have to worry about their police chief riding off into the sunset on a tour bus, but they can certainly boast that their city might just have the finest singing peace officer since Andy Taylor of Mayberry!