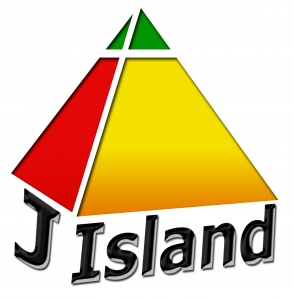 “Mick Buckley” started playing the piano when he was only 7 years old gaining influence from his father and uncle who used to tell him to “get that left hand moving” directing him to the Honky Tonk and Stride Piano styles. His love for poetry found him seeking inspiration from the likes of Banjo Patterson and William Blake and this gave him a unique mixture of ingredients, which is demonstrated in his songs.

At 18 years old Mick signed his first publishing deal and his songs we’re played extensively on radio and television all over the country. Mick joined legendary Australian rock band “The Radiators” achieving 3 platinum records and 2 gold. Together “The Radiators” played at outdoor festivals that drew record crowds. Soon after TV shows Hey Hey It’s Saturday and Countdown invited “The Radiators” as a special guest appearance on their shows while Mick also toured nationally with Nine Networks Richard Wilkins “The Richard Wilde Band” who opened for “Grace Jones International Tour” in Australia.

America then called Mick to their shores and he toured playing residencies on Bourbon St, New Orleans Michigan, Princess Paddle Steamer, San Destin Florida and most known for his performances at the Common Ground Music Festival for 200,000 people in Lansing, Michigan.

In 2006 Mick joined “The Yeehaa Boys”, Mick of course plays piano as well as vocals, Chris Fitz-Gibbon on vocals and steel guitar, Mark Lucas on drums, Artie Taylor on double bass and Steve Balbi lead guitar and vocals. “The Yeehaa Boys” toured around Asia, including Malaysia, Indonesia, Singapore and Thailand. Due to the overwhelming response on their tour from fans, GTO Entertainment in Taiwan released a Taiwanese version.

For 6 years Mick has been performing and writing country swing, living in Nashville, Michigan, New Orleans and Florida. Mick’s toured the USA defining the style and songs of “The Yeehaa Boys”. Back in his hometown Sydney, Mick plays solo piano, requests and band shows all around town that you don’t want to miss. 2011 was the year that Mick released the song and video for “Kickin up the dust”. Watch it here: www.youtube.com/watch?v=jN-fL4JW2sg

Mick Buckley is a Blue Pie Records USA artist and is published by Blue Pie Publishing USA for selected titles.