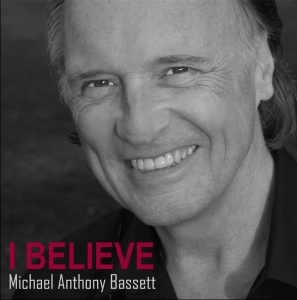 British singer Michael Anthony Bassett, with his unique style and rich voice, will officially release his debut CD, I BELIEVE, on January 1st, 2012.

Michael Anthony Bassett a communicator of many years and an inspiring speaker recently found his voice. It is now, later in his life, that he has discovered that his rich tone lends itself to ballads and well loved classics. This recent addition to his many talents becomes an additional method to convey messages of love and hope to the hearts and minds of his listening audience.

Michael's song choices are uplifting , pointing to a faith that most people aspire to in today's world. He sings on his debut CD 12 songs from gentler times when Sunday was a day of rest and fast food along with working wives were unfamiliar. Michael’s rich tone of voice along with his laid back style of delivering a song casts him into the category of easy listening.

On the media front, He is well known for bringing to his listeners the good news of God’s love as an international speaker, a radio broadcaster, and via the Internet. Currently his TV show 'StayFree.tv' reaches nearly every Nation with an inspiring word of faith in Christ as well as the rest and peace that can be found in today’s chaotic world.

January 2012 will see Michael perform live in the UK, France and the USA.
1
What's This
Advertisement