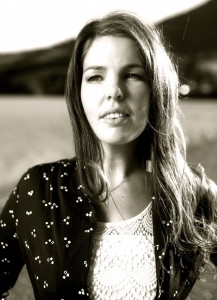 Well recognized as one of New Zealand’s established songwriting stars, Mel Parsons is a modern folk artist on the rise. Following the success of her debut record ‘Over My Shoulder’ in 2009, the Kiwi singer/songwriter and two time NZ Music Award (VNZMA) finalist for Folk Album of the Year, recently released her sophomore album ‘Red Grey Blue’ to widespread critical acclaim.

With home as a hotel room and a suitcase, Parsons built up her fan base the old fashioned way, winning over audiences on the live circuit. The only New Zealand artist to showcase at Folk Alliance International in Kansas City, MO in 2014, Parsons has also had recent tours in Australia, UK, Ireland, Germany, and her native New Zealand. She also joined the cast of Kiwi musical super-group ‘Fly My Pretties’ for the 23-date sold-out ‘Homeland Tour’ of NZ in spring 2013.

‘Red Grey Blue’ has been called “one of New Zealand’s finest releases”*, and has so far spent 19 weeks in the NZ independent album charts. Parsons is signed to Australian-based publisher Native Tongue, and has released both of her records in NZ on Border Music & DRM.

After a growing up on the remote rural West Coast of New Zealand’s South Island, Mel Parsons has spent the past 10 years on the road, performing ‘pin-drop’ shows to audiences far and wide, and gleaning material from life, love and loss. Parsons is currently working on her 3rd album, due for release in early 2015.