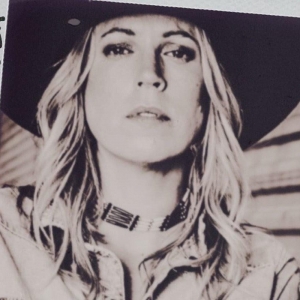 “Rowden tells it like it is over a wiry brand of alt-country, singing in a low-key, sleepily sensual voice that calls to mind Kim Richey or Lucinda Williams.” –Charleston City Paper

Brought up in East Texas, Mandy Rowden has been a practicing musician since the tender age of six. That’s when she began learning classical piano and guitar, laying the foundation for an eventual career in music – but it wasn’t until the Americana sound found its way into her soul that she embraced her true path: that of a real-deal, down-in-the-dirt singer, songwriter and multi-instrumentalist who’s weathered some storms and emerged with tales to tell.

Rowden’s third album, When That Day Comes, marked her label debut after releasing a duo of independent albums: These Bad Habits (2015), which earned the title of #2 Album of the Year in the 2015-16 Austin Chronicle Music Poll, and its successor, 1,000 Miles. Her sophomore album landed her in the poll’s top ten finalists across its Musician, Songwriter, Vocalist, and Song categories, all voted on by discerning music lovers around Austin. Both albums were recorded at Treehouse Productions (Joe Ely, Ephraim Owens), owned and operated by Joe Carroll. Her early work materialized, in part, as the result of standout collaborations with Grammy-winning producer Lloyd Maines (Dixie Chicks, Wilco, Robert Earl Keen), Grammy-winner Redd Volkaert (Brad Paisley, Merle Haggard) and Brad Rice (Ryan Adams, Tift Merritt), all of whose guitar work can be found on These Bad Habits.

Building on those successes, Rowden signed with Howlin’ Dog Records in 2017 and recorded When That Day Comes in Alamosa, Colorado with Don Richmond (Bill Hearne, Susan Gibson) producing and engineering. In the studio, Richmond introduced a vast array of folk instruments including a pennywhistle and hammer dulcimer – an invitation that tapped into Rowden’s deeply multi-instrumental background and immersed them both in what she calls a “dorky free-for-all” of instrumentation. The result: a collection of warm, engaging songs about life and loss, recalling strains of Lucinda Williams in its easy pace and vulnerable lyrics, rolling out a welcome mat of raw emotional accessibility and revealing a world textured by hurt and hope alike. Its sound is equal parts bourbon and honey, with the search for meaning finding its way into each song, seeking answers while reveling in the wonder of it all.

“I definitely tackled some of my own struggles with mortality on this record,” Rowden says, jokingly referring to it as her “death album.” The theme was an unintentional one that went unnoticed until the record was complete, and its overall sound – a nimble fusion of alt-country, folk and classic rock – keeps the subject matter in balance. The lilting title track honors the life and death of a friend’s father, while Pecosita was written with an oncology nurse about a patient gone too soon; Lucy’s Song, written through tears at the bar of Matt’s El Rancho in South Austin, laments the loss of a beloved pet; and the stormy A Chance to Give You Love reflects on the love left behind by a relative who took his own life. In a final grace note, Angel Song #2 is covered in homage to the late, great Tom Petty, whose passing coincided with the album’s recording sessions and hit Rowden hard. Stumbling onto a greatest hits album in her formative years, she says Petty’s songs “American Girl” and “The Waiting” opened the door for her from classical music into the beating heart of rock & roll.

Although a seed of rebellion had been planted years earlier, she still entered college on a wave of classical piano and violin scholarships. It wasn’t until she transferred to what’s now known as Texas State University in San Marcos, switched her focus to English and film studies and began working at the legendary Grist Mill in Gruene, Texas that she found her true calling: Americana. Honing her songwriting, stage and studio chops in the years that followed, When That Day Comes became an Album of the Year contender and herself a Female Vocalist of the Year nominee in the 2018 Josie Awards – Nashville’s largest independent music awards program.

In addition to making music of her own, Rowden is dedicated to helping others discover the joy of songwriting, vocal performance and instrument study. That’s why she founded Girl Guitar: a comprehensive rock school for women, bringing music enthusiasts of every skill level into six-week workshops with a rollicking showcase at the end. The Austin-based program introduces beginners to the basics of their chosen craft and encourages intermediate and advanced musicians to further hone their skills, all while surrounded by a supportive female community. Now a decade old, Girl Guitar “has surpassed my wildest dreams,” says Rowden, with around 25 classes per week and quite a few repeat students. “Some of the women involved have been in the program since the beginning and are still going strong. We've had holidays together, been through babies being born, divorces, road trips, benders, you name it. It's really beautiful.”

All of this rich background of life and musical experience has come to full bloom in Mandy's tour de force latest release "Parachute", where she masterfully plays all the instruments (other than the bass and drums rhythm section) and covers all the vocals, in arrangements that range from beautiful acoustic ballads to driving rockabilly to Beatle-esque layering of complex vocals and intertwined violin, guitar and keyboard textures. "With Parachute, Mandy has really stepped fully into her own place of power as a songwriter, co-producer, vocalist, instrumentalist and arranger, and as a force to be reckoned with in music overall", says Don Richmond of Howlin' Dog Records.
18
What's This
Advertisement