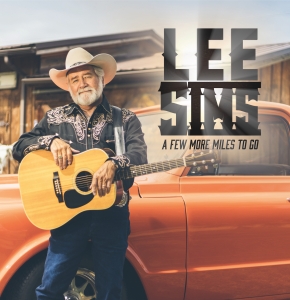 .
A Few More Miles To Go

Engineered and Produced by Greg Cole

Music has a refined taste for artists with powerful, resonate, baritone voices; as such, Country Music Fans around the world have overwhelmingly embraced Lee Sims as their down-home superstar. Always “keeping it Country”, Lee Sims exhibits a world-class presence, on stage and in the recording studio, that draws purists and contemporary fans together. As a result, Lee has become a Colorado Country Music icon and topped Independent International Charts with his 2001 CD, Back Trackin’, and most recently with the 2014 release of Deep in the Heart of Me, which earned him two number one songs, one top 5 song and two top 20 songs.

Lee's new CD A Few More Miles to Go was released December 16, 2019 and promises to exceed his previous work. Purchase Lee's CD's on Cdbaby.com, Amazon.com, Itunes.com and Leesims.com and stream it on Spotify, Pandora, Apple Music, and Amazon Music.