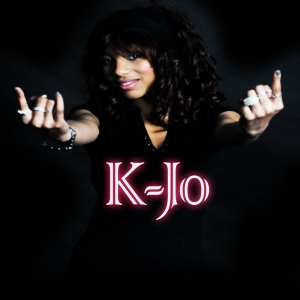 K-Jo:
K-Jo or Krystle Joanna was born July 11th 1986 in The Hague, Holland. At the age of 17 K-Jo realized that she wants to be a professional singer and immediately took singing and piano lessons to develop her musical skills. One year later K-Jo joined a choir for pop music and within no time she was chosen to sing solo at concerts. K-Jo studied Commercial Economy in Delft, Holland and planned to sign up for Conservatory after her study. Then the Dutch Popacademy (NPAC) started her auditions and K-Jo didn’t hesitate to sign up for it. After one year singing in a rockband at NPAC, K-Jo decided to collaborate with beatcreator/producer reMarkable to work on solo tracks for K-Jo. The collaboration worked very well and soon brand new tracks were made. K-Jo's music is influenced by artists like Aretha Franklin, Alicia Keys, Beyoncé, Justin Timberlake and more.

K-Jo is also part of 'K-Jo & reMarkable'. K-Jo & reMarkable is a duo of a female singer and a male producer. From the moment they worked together, alot of great songs and hits were made!
0
What's This
Advertisement