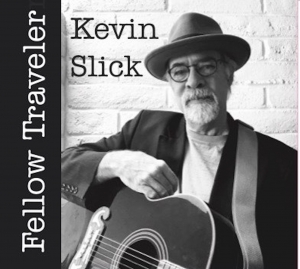 Since 1985 Kevin Slick has been writing, recording and performing an amazing array of music. His original tunes combine the best of traditional roots with contemporary creativity and when he covers a song, he breathes new life into the tune by taking it in unexpected and always delightful directions. Option Magazine said “Slick is a songwriter who crafts his music into the far horizons of artistic vision. He takes inspiration and molds it into a rewarding product”. Kevin Slick has played venues as diverse as the legendary folk club Godfrey Daniels to New York’s famous CBGBs, not to mention various bluegrass and folk festivals around the country and film conventions where he’s performed his original scores for silent movies. Philadelphia City Paper had this to say about his work “The equal of any “new folk” singer songwriter today, creating a sonic world that both unique and constantly interesting”.
Kevin Slick currently lives in Louisville, Colorado where he continues to write, record and perform Roots Americana Bluegrass and Folk music that is at once ancient, modern and futuristic. He can be heard solo and with the groups Steel Pennies, The Savage Hearts and Orchard Creek Band.