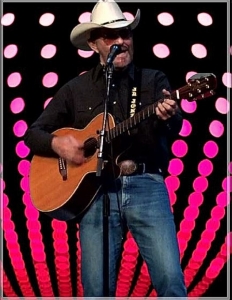 J Raleigh Jones on Full House Live from Nashville, TN
J Raleigh Jones will be a guest on the live TV show from Nashville, TN broadcast on the internet on Sunday, May 27th at 12pm (noon) U.S. central time. You may remember J.R.'S music which you downloaded and played. Songs like "Ride cowgirl ride", Baby let me hold you while you sleep" and "Forever in my heart". You have permission to broadcast the audio portion of the show live or from archived in full or in part. Should you want to do this, J.R. will give you a shout out (tell the listening audience). Just send an email to his address jraleighjones@gmail.com
Here is the link for the show Sunday May 27th at 12 noon US central time
Here is the link.
http://www.ustream.tv/channel/full-house-live1

Brenton Coffey was a Springfield fixture for 50 years. File/SJ-R


As much as the late Brenton Coffey liked music, you know he would be pleased that his life has inspired a country song.

For 50 years, Mr. Coffey, as we all knew him, was a Springfield fixture. Blind since the age of 3, he was best known as a street musician. He played and whistled at various places downtown and at the Illinois State Fair. He had been profiled in the paper a couple of times. Earlier this year, I wrote about his death at the age of 91.

J. Raleigh Jones is a country musician who lives near Nashville, but he lived in Springfield when he met and became friends with Mr. Coffey.

“With great enthusiasm, he said, ‘Yes, I know what people look like.’ I never thought that someone who is sightless, what a thing that was for him. He said he knew what people looked like. And cows. And green grass in a field. And little pigs with their little, pink noses.”

From such things comes inspiration. Jones had left Springfield and was living in Mississippi when it came to him to write the song. He returned to Springfield to shoot video of himself downtown with Mr. Coffey. With his song nearly finished, he came back again to play in Douglas Park in honor of Mr. Coffey’s 50th year of performing on the streets of Springfield. That day, he played his song, called “Blind Man At The Door.”

This spring, he heard rumors that Mr. Coffey had died. An Internet search turned up my column about his death. So Jones changed the lyrics of the song to reflect that and recorded it for his label, Cashbox Records. In March, he heard from management that it was releasing “Blind Man At The Door” as a single. A video is coming.

“What we shot in April last year wasn’t meant to be an official video,” Jones says. That footage can be seen at Jones’ channel on YouTube. At the end it says, “Dedicated to the memory of Mr. Brenton Coffey. He is ingrained in the memories of all who met and came to know him. He will be missed.”

Cashbox magazine was one of the best-known music industry magazines from the 1940s to the 1990s. The magazine has been revived as an Internet-only music site. Aside from Cashbox Records, there is a Cashbox Radio Network. This week, J. Raleigh Jones’ song about Mr. Coffey is No. 22 on the network’s country music chart.

“Blind Man At The Door” can also be downloaded from the usual suspects — ITunes, Amazon.com and WalMart.

The song is on a small label and probably won’t break into the prestigious Billboard country chart. If the song is to get airplay on Springfield radio, there are two possibilities, both on the FM band. One is WFMB’s Saturday evening show, during which the station has greater flexibility to play something other than country hits. Or it could be played on WQNA on Tuesday evenings on “Fast Eddie’s Country Classics” show hosted by Bruce Morrison.

“He knew I was going to record the song,” Jones says of Mr. Coffey. “I had a demo of it for him. He told me if I ever performed it on the road, he’d be happy to go along.”

That can’t happen now, but it’s interesting to know that a Springfield character is immortalized in a country song making some sort of mark in Nashville. Mr. Coffey may be the only Springfieldian other than Abraham Lincoln to have that honor.

Everybody has a story. The problem is that some of them are boring. If yours is not, contact Dave Bakke at 788-1541 or dave.bakke@sj-r.com. His column appears Wednesday, Friday and Sunday. To read more, visit www.sj-r.com/bakke.

Cashbox Records signs J Raleigh Jones
September 29, 2010 Cashbox CEO Bruce Elrod signed country singer songwriter J Raleigh Jones of Nashville to the record label. The song “She's a soldier” from his self titled J Raleigh Jones CD was immediately released to Cashbox Magazine reporting radio stations. In the following 4 weeks since its release, the song has climbed to number 27 on the legendary Cashbox Magazine charts. Walmart immediately added the CD to its MP3 online store, as did every major online retailer. The song is a tribute to the women in our military.