This Long Stretch Of Gravel 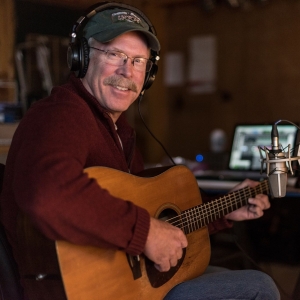 John Lowell is a trailblazing singer/songwriter from Montana. He has become increasingly popular throughout the United States, Canada and Europe from touring with his own John Lowell Band in addition to the Growling Old Men. John is a triple threat as an accomplished flatpicker, skilled songwriter and talented vocalist.

John tours constantly and appeared in 2018 at the Vancouver Folk Festival as well as stops in Radium Hot Springs and Edmonton for the Northern Circle Bluegrass Society. His John Lowell Band has toured Germany, Switzerland, Poland and the Czech Republic for five years and will be returning in October of 2019.

He’s also an in demand instructor and has taught guitar, vocals, songwriting and singing classes at Sore Fingers Camp in the UK, Sorrento/Nimblefingers, He-Ho-Ha in Canada and the Montana Fiddle Camp. This October he was a featured instructor at Gillbilly, and returned to the Montana Fiddle Camp this summer. In the spring, he returned to Sore Fingers for his 6th time – a record. He won a coveted Songwriter Showcase this year at the IMBA.

John has appeared on the cover of Flatpicking and Acoustic Guitar magazines, on television and radio programs including Prairie Home Companion, and his music is featured on Anthony Bourdain’s “No Reservations.”