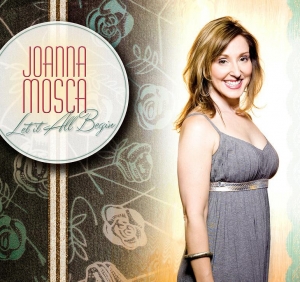 This singer/songwriter, musician, actress, mother, daughter and wife brings a wealth of life experiences to her dynamic new EP, LET IT ALL BEGIN. The six-track outing offers a fresh sound to Country radio and its audience, presenting Mosca’s immediately identifiable voice on relevant, well-written songs that should appeal to listeners both youthful and mature. The EP, produced by Grammy-award winning Country star Bryan White, kicks off with her current single/video, “Dream On Savannah” and includes a duet with Lonestar's Richie McDonald.

Joanna jump-started her music career with the release of three consecutive Top Ten FMQB AC Radio Chart singles between 2006 and 2008. She was also writing songs, and in 2010 she released her first full-length album, JOANNA MOSCA, which contained six original tunes. The album’s first single “Keep On Going” shot onto the Billboard Top 30 AC Chart, and the song's success earned her a spot on Music Connection magazine’s Top 100 Independent recording artists list. She released several additional charting singles and was named to the CMA’s “Who New To Watch” list in 2012.

Mosca was born in Connecticut but currently resides in New York. She has studied acting at the prestigious HB Studio in New York City, where her teachers included Uta Hagen and Sir Anthony Hopkins and has starred in a series of three one-woman shows in New York City that reviewers (Backstage, The Village Voice) praised, describing the “amazing range and emotion” of her voice and declaring her performances “captivating and entertaining.” She is, however, fully committed to her music career and looks forward to entertaining fans across the country in the months ahead.