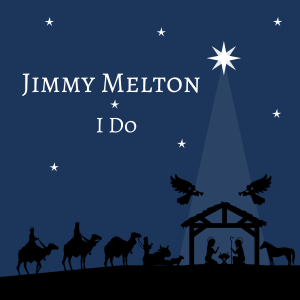 I first met Tom T. Hall on a Nashville television show in the early 80s. I was just a kid banjo player and he was already a hero of mine. We soon realized we had several things in common…we both loved bluegrass and beagle dogs. My daddy raised beagles and invited Tom to come down and go rabbit hunting. This became an annual pilgrimage. About once a year he’d host a "wild game" supper at his home in Franklin. He’d call and invite me saying “Kid, bring your banjo so we can entertain our guests.” I began writing songs a few years later and he was the benchmark.
When we set out to make this record, I knew I would have to put a Tom T. Hall song on it. Due to our background, "The Fastest Rabbit Dog in Carter County Today" was the obvious choice. We tried to keep it as close to the original as we could because his records were such a big influence on me."
~ Jimmy Melton

Jimmy Melton’s first single, “Deal with This”, is a song he wrote about some of the craziness we've all been dealing with in the last year. In addition to writing “Deal with This”, Jimmy also played banjo on this track, as well as each track for the upcoming full project to be released later in 2021.

Jimmy Melton’s parents said he wanted a banjo before he could talk. He would get to the television set as fast as he could whenever Hee Haw or the Beverly Hillbillies theme came on. They got him a 4-string banjo-ukulele when he was 3 and he wore it out playing on it. Jimmy’s father had a few guitars around the house so as soon as the boy was big enough to start reaching around the smaller Gibson acoustic, he began learning chords. He still wanted a banjo, and after a few months of progressing on the guitar, his father told him he’d find him a banjo providing Jimmy would pay for half. Half amounted to $150 which was about 3 years’ worth of Jimmy’s “chore money.” After that, Jimmy says the banjo pretty much stayed in his hands unless he was taking a bath. He was soon winning banjo contests and playing on any stage he could get on. At the age of twelve, he became one of the youngest performers ever to appear on the world-famous Grand Ole Opry. Soon thereafter, he was invited to the home of his hero Earl Scruggs for jam sessions and private lessons. He also had the thrill of appearing with guitar legend Chet Atkins on “Pop Goes the Country”, and also was a guest on “Nashville on the Road.” Both were popular country music television series.

By his late teens, Jimmy had already spent almost ten years touring the summer bluegrass festivals and fairs.
After dabbling in songwriting as far back as he can recall, Jimmy moved to Nashville to pursue a career as a songwriter and landed his first publishing deal in 1996 with Murrah Music, owned by Hall of Fame songwriter Roger Murrah. He then moved on to write for another Hall of Famer, the legendary Harlan Howard, giving him yet another chance to hone his craft with one of the greats.

Quote from Jimmy Melton about writing
"Deal with This"

“Deal with This” was one of those gifts that comes along when you’re a songwriter trying to make sense out of life...2020 seemed to be full of everything strange for musicians. Nothing was as it should be. I guess I’d been taking mental notes of all the ways we were having to reinvent ourselves that our influences never even thought about. Seth Taylor was playing guitar on my session and he mentioned having trouble finding guitar strings due to the pandemic...and there was the key to the song. I wrote it that night and we cut it the next morning. Sometimes you just gotta laugh at it..."