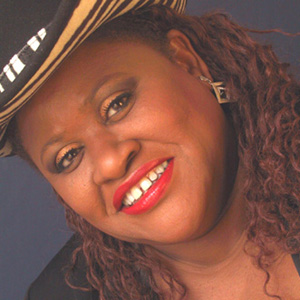 What A Wonderful World – Jean Shy & The Shy Guys


This world renowned Song made famous by Louis Armstrong was recorded by Jean Shy & The Shy Guys in a unique pop-reggae style in 1996. It was added to the Germany release of the Jean Shy CD "Ready For Love," as one of the Bonus Tracks on the 3rd. Edition of the Album. Now re-mastered, the Track will be digitally released on January 24. 2012.

The Song is released now as a "Single" to give people all over the World a message that is very much needed especially in today's time. With so much hardship going on everywhere, and so many struggles many people are going through, it is easy to forget that in fact "It’s A Wonderful World."

This is a New Year, a new Start, and a new Chance for everyone. It is always important to stay positive, full of love, focused, and determined to reach our goals. In order to not let life get us down, we must count our blessings, and have gratitude for "what we do have." It will make our every day journey of achieving our goals and life's dreams much easier and smoother, because in fact it could always be worse than it is, therefore we must remember after all "It's A Wonderful World."

The European Press glorifies her with headlines like: "The Queen Of The Night, Golden Throat, The Blues-Pipe, The Voice Of The Lord, The Roarer, Dynamite Stick,"and many more. The Lady they are talking about is internationally acclaimed Singer, Songwriter, Producer, and Actress JEAN SHY.

With four Hits under her belt, the 2009 Blues Music Award Nominee is definitely a multi-talented, truly unique Artist, and audiences are overwhelmed by her powerful vocal delivery.

Throughout her career, Shy has presented recordings and Live Shows, which can be compared to the versatility, and uniqueness of Legends Elvis Presley, and Ray Charles.

Jean already received awards for her musical talents by the time she reached High School. At the age of twelve Jean was signed by Leonard and Phil Chess to the legendary Chess Label in Chicago. The release of her original composition "Spring Fever" recorded by Tim & Jean became a Regional Hit.

Releases with Playboy-, Honey-, Fantasy Records, and No 9 & No 13 Billboard Hits "Night Dancer" and "That Old Black Magic," produced by Bob Esty, with Robert Stigwood's R.S.O. Records followed. Night Dancer was also one of the Soundtracks in the Movie Roller Boogie starring Linda Blair.

After her success in the US Jean branched out and went to Europe, making Germany her second home in 1981. There she formed her own Band "The Shy Guys" with which she has been performing for thousands of Fans at major Festivals, Concert Halls and Churches throughout Europe for more than twenty Years. The Music of Jean Shy & The Shy Guys are comparable to Groups like The Rolling Stones and ZZ Top.

Besides performing with her Shy Guys, Jean joined an interesting project in 1994. She was invited to be the featured Singer for the Dutch formation T-Spoon, which prior had two Top 10 Hits. T-Spoon featuring Jean Shy landed a No.5 Hit with the very jazzy oriented Euro-dance track "Where R U Now", and with the remake of the Janis Joplin Song "Mercedes Benz" in an Euro reggae style, they made it to No.7 in the Benelux. The Songs became a Hit in a splattering of other countries as well.

Jean Shy is a brilliant, and "one of a kind" Artist. A critique once described Jean's performance as follows: Jean Shy has the conciseness of a Tina Turner, the vivid Northern-Soul feeling of a Van Morrison, the expressiveness of an Etta James and she convinces above all with one thing "honesty."


For more Info and News check out www.jeanshy.com