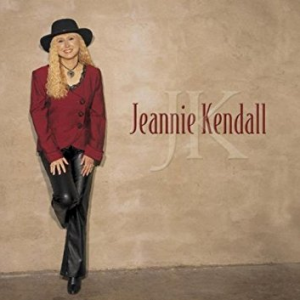 Although this has turned out to be the solo debut from veteran country artist Jeannie Kendall, it didn't start out that way. The project started in 1998 as an acoustic, bluegrass-inflected effort by both Kendall and her father Royce, who had been performing and recording together as the Kendalls since the 1970s.

Royce died not long after the sessions began, and the incomplete recordings were shelved for several years while Kendall took time off. When she returned to the studio to finish the album, she brought with her a host of friends and fans to help out; these include Alan Jackson (who contributes nice harmony vocals on "Timeless and True Love"), Rhonda Vincent, Alison Krauss (along with various members of Union Station), and Ricky Skaggs. But the best and, of course, most touching moments on the record are those in which Kendall is accompanied by the voice of her late father -- especially on the gorgeous "Train of Thought" and an otherwise rather workmanlike version of "I Wonder Where You Are Tonight." Jeannie Kendall's voice, always a joy to hear, has mellowed nicely as she's aged, and her solo debut treads a nice middle ground between new sounds and old, and between acoustic and electric flavors. Highly recommended.
24
What's This
Advertisement