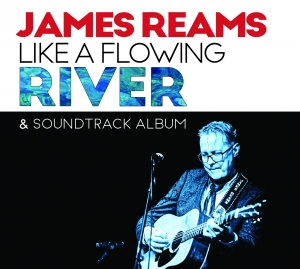 James Reams and The Barnstormers’ new single, "Rough Around The Edges" written by Marty Stuart. The song is part of the “James Reams Like a Flowing River & Soundtrack Album” that includes a total of 30 remastered tracks plus a bonus track.