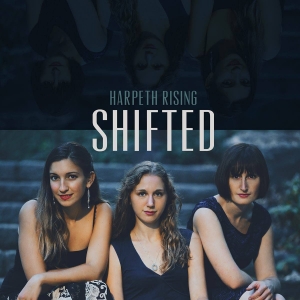  HARPETH RISING chose to name themselves after a river because water is both dynamic and powerful. These words also describe the music created by the three women – Jordana Greenberg (violin, vocals), Rebecca Reed-Lunn (banjo, vocals) and Maria Di Meglio (cello, vocals). Unapologetic genre-benders, they fuse Folk, Newgrass, Rock and Classical into a sound that is organically unique.
Hallmarks of their music include expansive three-part harmonies, consummate musicianship and a deft, yet soulful lyrical perspective. Harpeth Rising’s roots run deep – from their varied ancestry across Eastern Europe to the musical hotbed of the Mid-South they now call home, they weave together ancient and modern ideas, creating a sound that is both familiar and impossible to categorize.
After meeting at the Indiana University Jacobs School of Music, where all three members earned performance degrees, Harpeth Rising began on a cross-country road trip. Inspired by a summer spent jamming at campsites and attending folk and bluegrass festivals, Greenberg (violin) and Reed-Lunn (banjo) decided to pursue a slightly different path than their classical backgrounds would suggest. They began writing original songs and performing 4 to 5 nights a week, developing their sound and their repertoire. It was with the addition of Di Meglio (cello) that the lineup was complete, and the three women piled into a Prius and began to tour.

Despite the presence of only three string instruments on stage, Harpeth Rising produces a profusion of sound generally created by a much larger ensemble. Di Meglio transitions fluidly between providing the bass line and taking the melodic lead, while Reed-Lunn’s highly original style of claw hammer banjo–learned mainly by watching YouTube–is both surprisingly lyrical and intensely driving. Greenberg takes on the role of concert violinist and accompanist with equal facility, and ensures that a lead guitar is never missed.

From breathtaking energy to intimate connection, their live performances are kinetic events in which their passion and their abilities are equally displayed. Harpeth Rising can create a listening room from a rowdy bar crowd, and can inspire even the weariest of audiences. After only a few months as a band, they embarked on tour of England, which included a performance with The Bath Philharmonia. They were invited to perform at The Cambridge Folk Festival the following summer, and have since played festivals across England and the United States, including The Kerrville Folk Festival, ROMPfest, Blissfest, The Fylde Folk Festival, The Purbeck Folk Festival and dozens more. Building their fan base in the tradition of all wandering minstrels - passionately and by word- of-mouth - they now perform to sold-out audience internationally.

They have released four albums in as many years – Harpeth Rising (2010), Dead Man’s
Hand (2011), The End of the World (2012), a collaboration with master wordsmith David Greenberg (Jordana’s father), and Tales From Jackson Bridge, (2013). Their highly anticipated fifth album, Shifted, releases August 15, 2015.
 
10
What's This
Advertisement