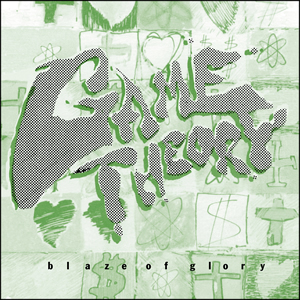 Even before the world lost musician and author Scott Miller in 2013, the work he did with his band Game Theory had also been missing for decades. Omnivore Recordings is pleased to right that audio wrong with the first in a series of expanded reissues of the Davis, California group’s classic catalog.

Blaze Of Glory, originally released in 1982, was the first music from Miller and company, after an album and EP fronting Alternate Learning. It showed the beginnings of the power-pop mixed with new-wave sensibilities the band would become known for and even hints at the upcoming Paisley Underground sound that would take California by storm.

Unavailable in its original form since its initial release (the material was remixed and re-recorded as part of anow out-of-print 1993 compilation that also commands top dollar in collector circles), the CD issue of Blaze Of Glory contains the entire 12 track album, supplemented with 15 bonus tracks—4 from Alternate Learning and 11 previously unissued tracks from Scott Miller’s archive. The vinyl LP also sees its first reissue in over 3 decades. The first pressing on translucent pink vinyl (black to follow) contains a download card for the entire 27 song program.

Mastered from the original tapes and featuring a 24 page booklet in the CD (8 page in the LP) with rare photos, an essay from Game Theory tour manager (and set co-producer) Dan Vallor and remembrances from band members and colleagues, including The Dream Syndicate’s Steve Wynn.

Reissues of highly sought after Game Theory titles like Real Nighttime and Lolita Nation are on the horizon. But the story begins with Blaze Of Glory.
5
What's This
Advertisement