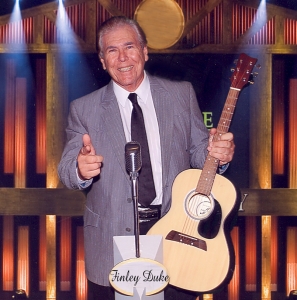 Born in Vernon, Texas about 15 miles from Doan's crossing on the Red River where the Western Trail of the famous Chisholm Trail crossed the river going north to cattle markets in Kansas, His music began in California singing for tourists at the Double CR movie ranch and becoming a member of Chuck Ryaan's stage show as guitar player and backup with the Double CR 'Ranch Boys.'

Gospel Calling:
I was introduced to Christian music in the mid 1970s while still in the entertainment industry performing secular country and western (cowboy) music with some of the singing cowboys and in western movies as a bit player and performing stunt work.
It seems like it was almost overnight that God called me to gospel music.

I soon started a gospel music program on a country music station in Mojave, California. Musically, I continued to sing in the traditional style, using my acoustic guitar and singing gospel songs that most folks knew from church and radio.

As Western music and the cowboy scene faded Finley became more involved in gospel music as a performer. Finley has since moved to Texas and lives in Houston and continues as an advisory board member of 'The Hollywood Stuntmen's Hall Of Fame' www.stuntmen.org