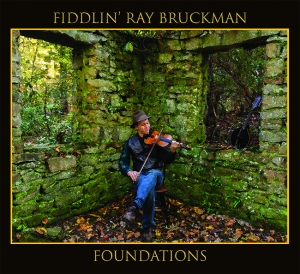 I began my musical journey listening to my dad’s collection of CD’s. In particular, the song “The Devil Went Down to Georgia” inspired me to pursue the fiddle. In 2005, at the rather advanced age of 11, I started violin lessons with classical teacher April Cintron. I give her credit for laying the foundations that I built upon later. A few weeks after beginning lessons, I had the opportunity to meet Mr. Charlie Daniels in person. My Dad told him that he inspired me to take fiddle lessons. Charlie replied, “You gonna blame that on lil ‘ol’ me? I’ll tell you what, son. It’s tough at first, but you stick with it and it’s a lot of fun”. Those words continue to inspire me to this day. In 2006, I was lucky enough to meet Don Shean. Don is a great guy, an extraordinary musician, teacher, and mentor. He deserves much of the credit for the musician I am today. Then, in 2007 and 2008, I had the opportunity to spend several hours with Kenny Baker. He helped me with technique and advice and will always be with me in spirit. I have regularly attended the Augusta Heritage Center since 2008, there I studied fiddle with many other greats, including Buddy Spicher, Casey Driessen, Darol Anger, and Brittany Haas and guitar with Tyler Grant. In 2011 and 2012 I attended Mark O’Connor’s Fiddle Camps, where I received instruction from Bobby Hicks, Byron Berline, John Blake Jr., and Billy Contreras among others. All of these folks and many more have contributed to making me the musician I am today. Thanks to all of you!

My parents have given me their unwavering support in the pursuit of a career doing what I love. Were it not for their decision to homeschool, the outcome would likely have been very different. They have acted as coaches, when things were challenging, chauffeurs, and cheerleaders throughout. Many of you know them as Ray’s mom and Ray’s Dad. Actually they are Fred and Elayne. I credit them both for enabling me to become the musician I am today.

I have accomplished quite a bit in the thirteen years I've been playing. I joined my first band, New Generation, in 2008 and played with them through 2009. In 2009 I also played with the back-up band for local country singer Katrina Lynn. I was invited to join the band Full Steam Ahead in 2010 and recorded a CD, Music from the Hearth, with them. I was also playing with the civil war re-enactment band Acoustic Shadows of the Blue and Gray during this time and continued to play with them through 2014. I got a call from the Wheeling Jamboree to fill in with Roy Clark Jr in 2012 that led to a position with the House Band. That year, I won the Pennsylvania State Fiddle Contest, Grand Master Division, and placed 1st in the mandolin and guitar competitions. I’ve had the opportunity to play with many regional bands and was invited to fiddle a tune on stage with Missy Raines and the New Hip at an appearance in Pittsburgh, PA. I was also invited to sit in with a local jazz trio on a couple of occasions. After the break-up of Full Steam Ahead in 2012, I was a founding member of Rev. Willard’s Acoustic Circus; unfortunately a short-lived project. I then had the opportunity to work with Brush Creek and Grand Ole’ Ditch. Both were great expeiences. Currently I am playing full time on the mandolin with the Jakobs Ferry Stragglers and teaching. Love being a full time musician!

Finally I'm happy to say that I'm starting the summer of 2019 off with a full length album entitled "Foundation" featuring 10 original tracks of a wide range of bluegrass and Appalachian folk. Foundations is available on my website store and also available for streaming and download on all the major music platforms.
7
What's This
Advertisement