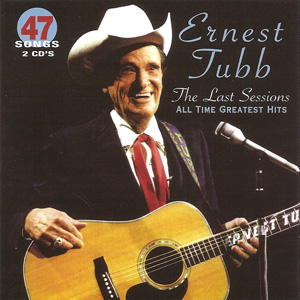 Ernest Tubb should be declared a national monument. That grand, old man was a walking repository of all that's good about country music.
He was even more to be admired for personally preserving country music's integrity. In an era when some country singers were fleeing to Hollywood and the places where the big bucks were Tubb refused to compromise in his music. No slick Hollywood productions for him, he played straight from the heart.

He was the first to fight the record companies when they tried to call country music "hillbilly music" and he rightly said it should just be called "Americana" or American Music", for that's what it is.

He was also the first country singer to record in Nashville and was one of the first, if not the first, country musician to use electric guitar.

Ernest Tubb was born February 9, 1914 in Crisp, Texas. During the Depression, Tubb's family moved to San Antonio, where Ernest landed a job as a Soda jerk. He had already started singing and playing guitar, inspired by the great Jimmie Rodgers.

These are a collection of all the songs Ernest Tubb recorded for First Generation Records.

For more Ernest Tubb on AirPlay Direct please check out: