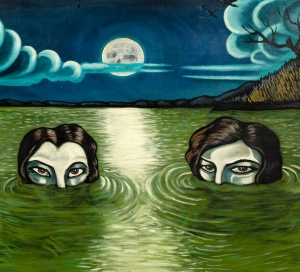 Known for their triumphant live shows the current lineup boasts a leaner and more powerful live show. Mike Cooley and Patterson Hood started DBT seventeen years ago. In addition to Cooley and Hood, Brad Morgan is on drums, Jay Gonzalez is on keys and guitars and Matt Patton from The Dexateens rounds out the current line-up on the bass.

The first preview from the new record is “Pauline Hawkins” Penned by Hood, it was the last song written for the record and is based off a character from Willy Vlautin’s latest novel “The Free”.

They hit the road this month in support of the brand new album. Tickets for the tour and pre-orders for English Oceans are from the band’s web site: http://drivebytruckers.com.

“The Truckers bring the might every night, blowing through stories of working class love and hell with heavy electric tornado of arena boogie, country-renegade rock and deep-blue Southern R&B.” – Rolling Stone