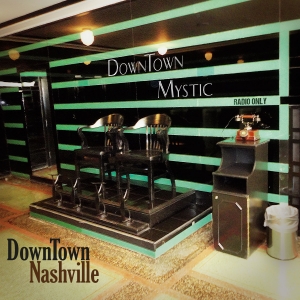 DownTown Nashville contains 6 tracks that features the rhythm section of Ian Hunter's Rant Band--drummer Steve Holley & bassist Paul Page. Former Nashville studio ace Lance Doss also lends his 6-string expertise to add some down-home flavor. Steve Holley is a NYC legend who has worked with just about everyone, including Rock Royalty Sir Paul & Sir Elton, and his performances shine on each track. DownTown Mystic writer/producer Robert Allen says "I feel blessed to be playing with these great musicians. To go from playing with Max (Weinberg) and Garry (Tallent) to Steve and Paul as a rhythm section is like being in rock'n'roll heaven."

The sound of DownTown Mystic is “vintage yet modern”, continuing in the legacy of rockers like Tom Petty and Bruce Springsteen. The music is rooted in all the great traditions of American Rock‘nRoll, blending storytelling songs with vintage guitars and analog recording into a unique style that somehow manages to sound as contemporary as anything currently available. For influences think Buffalo Springfield meets Rockpile.

Other Radio achievements include a few #1 albums on the AirPlayDirect Top 50 Rock/AAA Chart, a #1 single and #3 album on the Roots Music Report Charts, #1 on the European Independent Music Chart and the Top 25 Euro/Americana Chart, as well as debuting in the Top 5 Most Added on the Americana Music Assn. (AMA) Radio Chart.
2
What's This
Advertisement