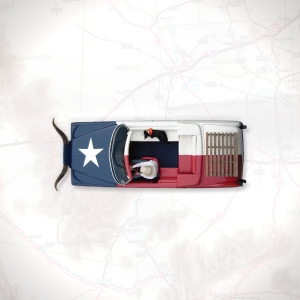 Special thanks to the help of some of our friends:
Bill Kirchen - Guitar on "Never Gonna Go Back Home" and "The Beer Song"
Lloyd Maines - Pedal steel on "Not Afraid To Fall"
Roger Creager - Trumpet on "A Boy Like Me"
Jason Roberts - Fiddle on "Forever In Your Arms" and "End of The Trail"
Brendon Anthony - Fiddle on "Forever In Your Arms" and "Not Afraid To Fall"

I would like to thank the people who helped make this record and help make my life on the road possible:
My lovely wife Suzan and our new baby boy, Wirth. Grandma, we all miss Grandpa. All my family, on both sides, keep on believin', 'cause we're gonna keep on truckin'. Saidi, T. Kelly, Bubba, Billy, fandango, Dub, Captain, Beans, PawPaw, Reece, Mel, Dickson, Tex, Marfa, Juan Miguel, Dillon, Wilson, Woody, Todd Elrod, Ray Benson, Jard, Cozart, and Hassinger. Clay and Allene, Al and Rhonda, we sure love Panama. Robin, Robert, and Chuck at Blue Mountain Equipment, STIHL is the only chainsaw. Scott McAda at Spectraflex, Doug Meadows at Rollin' M Trailers, Agnes, Whitney, and Randy at Brown Distributing, Kelly and Zoel at Limpia Creek Hat Company, The Manchaca Firehall, River Road Icehouse, Love and War, The Hog Pit, Railroad Blues, and anyone else that'll take us in and feed us. Jesse at XM, and all the people out there in radioland that'll give this record a chance. Thanks to Fort Davis and Texas, the Lord knows I love where I am. I wish my Granny Cheta could've heard this, she would've been proud. And thanks to the policeman for not arresting (my cousin) Brandon when he was hanging off a bridge over I-35 taking the cover photo!

Special thanks to my band: Eric, Andrew, Wade, Craig, and Brandon. You guys are the best band in Texas.
Extra special thanks to: Bubba, Suzan, and Billy. I couldn't have built my Cattlelac without you. And to Jalapeño, she was a great friend, and to Mardi for giving us a brand new Holly pup, Little Miss Molly.

September 20, 2006 -- You could call it Texas Music, but that doesn’t quite nail it. You could call it dancehall music, or honky-tonk music, but that doesn’t get it either. Give one good listen to Doug Moreland - the new breakout disc from the Texas-based singer, songwriter, and fiddler – and you’ll hear a dazzling variety of musical styles, from acoustic-flavored ballads to full-tilt western swing. Indeed, Doug Moreland can’t be pigeonholed. But if you wanted to compare him to an artist, perhaps the best would be another singer-songwriter who did it his own way, the brilliant Roger Miller, who could craft heartbreaking country classics and then turn around and knock out a raucous novelty number.

Released on October 17, 2006 on Big Hat Records, the 11 tracks that comprise Doug Moreland include swing and two-steppers and a steel-guitar-driven portrait of a barroom loser “Not Afraid to Fall” that recalls the golden age of ‘70s country-rockers like the Flying Burrito Brothers and Commander Cody and His Lost Planet Airmen. (In fact, the guest-star lineup on Doug Moreland features Lost Planet Airman Bill Kirchen, along with Asleep at the Wheel’s Jason Roberts and producer-musician extraordinaire Lloyd Maines, who contributes that haunting steel work.) Then, in the midst of all this, comes a straight-ahead waltz “Forever in Your Arms” that wraps you in the gentle ache of honest nostalgia. The record even includes a shot of Moreland’s best comedy with ”The Beer Song,” a hilarious takeoff on Hank Snow’s “I’ve Been Everywhere.” The cut is a reminder that, like his hero Roger Miller, Moreland knows very well how to evoke all sorts of emotions with his music – including laughter.

Also, like Miller, Moreland has made his name with both comedy and straight material. In fact, before her death in 2004, his trained border collie "Holly-peño" was a uniquely humorous component of Moreland’s shows, appearing with him on a number of nationally televised guest appearances -- including, twice, The Tonight Show with Jay Leno. A couple of years later, after a series of high-profile gigs that included co-hosting a Willie Nelson Fourth of July Picnic and the release of his fifth album – which hit the Top Five on XM Radio’s Cross-Country—Doug Moreland circa 2006 is live all across the Midwest!

And after all of this, if you are sitting there thinking that Doug Moreland is just another run-of-the-mill Texas musician, you would do well to check out the music/video page of www.dougmoreland.com to view extensive video footage of the man, the musician, the comedian, the believe it or not, the chainsaw wood carver. Talk about your rare band merchandise! With home movie style footage of everything from on the scene to behind the scenes to very, very behind the scenes…in a nut shell…you will see what the old schoolers call “a real entertainer.” Check out the band’s hefty tour schedule for upcoming shows, which include the highly reputable MusicFest in Steamboat Springs, Colorado (January 4-9).

Being the eldest son of a wainwright, blacksmith, and fiddle-playing ranch hand, Doug left Fort Davis TX at age 17 (1992) for a career in the music business. After a brief attendance at South Plains College in Levelland TX, and a short stint as a funny man in a dinner show in Ruidoso NM, he toured with various acts around the country as a fiddle sideman. During this time, Doug also worked as a wrangler on a dude ranch in Phoenix AZ, trained his famous border collie dog "Holly-peño" to sing and play the fiddle (and more), learned to frame houses, and discovered the art of chainsaw carving taking him to Pidgeon Forge and Nashville TN. He also recognized his desire to front his own band and write his own songs, which brought him to Austin TX in late 1999. There he progressed from a comedic, solo act with a singing dog as the finale, into a full dancehall band with his wit and charm playing right back into a familiar instrumentation of twin fiddles, upright bass fiddle, swing guitar, and minimal drums.

Doug appeared on The Tonight Show with Jay Leno in 2003 with his former companion Holly-peño (a black/white McNab dog). They appeared together on Animal Planet's Pet Star, as well as Ripley's Believe It Or Not! Doug has also made guest appearances in a handful of films, most notably the 2012 Richard Linklater film Bernie along with Jack Black and Shirley MacLaine.
9
What's This
Advertisement