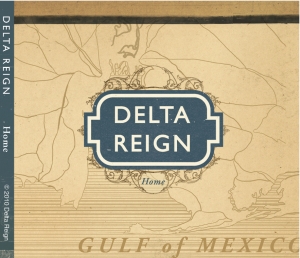 Delta Reign’s sophomore album entitled, "Home", released December, 2010, brings to the listener a taste of delta bluegrass, with unique arrangements of six originals, four covers and four traditional favorites...a total of 14 professionally mixed and mastered tracks. Clever artwork with a swampy, menu vibe, along with a song selection as diverse as the delta itself, the album showcases the band’s ability to appeal to listeners regardless of genre.


Formed in the fall of 2004, Delta Reign's bluegrass has evolved into something that contemporary as well as traditional fans can appreciate. The band is driven by strong fiddle and banjo, pushed along with swing rhythms and solid upright bass. With tight bluegrass harmonies woven throughout, the music ranges from hard, straight down the pike traditional bluegrass, to western swing and jazz. From originals, to covers, or traditional tunes arranged in their swingy, delta style", Delta Reign keeps the listener entertained with unique arrangements and song selection.

Slow Your Current Down ~ 4.00 - DAVID ELLIS ~ arrangement by Benita Murphy