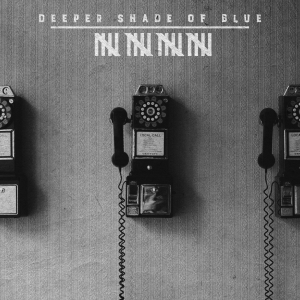 
Pinecastle Records is excited to announce the addition of Deeper Shade of Blue to its extensive lineup of artists. The North Carolina based band just released their debut single on the label, “Broken Lady,” which is out today. The recording serves as the lead single from the group’s upcoming album Twenty, coming later in 2021. Fans can download and stream the lead single now.

“Broken Lady” is an enjoyable banjo-driven tune that showcases the powerful three part harmony vocals of band members Troy Pope, Scott Burgess and Jason Fraley, with Scott taking the lead on this one. Written by Larry Gatlin, the song stays true to the group’s defined sound, which spans over two decades. That amount of time also serves as the inspiration behind the upcoming album title for Twenty. What can fans expect from the album? The answer is simple: their famous signature tight harmonies and dynamic instrumentation, which has made them one of the most must-see bands in the Bluegrass genre.

Deeper Shade of Blue consists of members Jason Fraley (mandolin/vocals), Troy Pope (guitar/vocals), Frank Poindexter (dobro/vocals), Scott Burgess (bass/vocals), and Steve Wilson (banjo). The band has been together for over 20 years, and self-produced six different albums in total. The group is also no stranger to the touring and festival scene, as they look to keep the momentum rolling with a busy schedule throughout 2021. Fans can catch the band this weekend at Doyle Lawson’s Bluegrass Festival at the Denton Farm Park in Denton, NC.

To keep up with all things Deeper Shade of Blue, check out the band’s official website. While there, fans can find the latest news stories, browse upcoming tour dates and more! Stay tuned for more announcements, as the band looks forward to making it a big year!
21
What's This
Advertisement