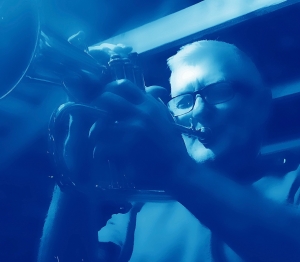 After studying music at Fullerton College and Cal State University at Fullerton Dean Clark Hall went on the road as a singer/instrumentalist for Canadian showman Dick Caldwell.

He toured the United States and Canada extensively, returning to California in 1976. He then freelanced as an instrumentalist and worked as a staff copyist for Barry Manilow.

In 1981 Dean teamed with his now long time partner Richard Dennis to form the nightclub act "Gina, Dean & Scoundrel" which toured North America for five years. The grouped worked Nevada and Atlantic City, recorded an album and a single.

In addition to arranging music for Dick Caldwell's appearances on Canadian television Mr. Hall has worked with comedians Rodney Dangerfield, Gallagher, Williams & Ree, English comedian/magician Martin Lewis. His television appearances include the Canadian variety show "Spotlight", "Miracle 88 with Shelly West",
"The Love Boat"(with his own group) and "The Donny and Marie Show" with Spike Jones, Jr., DC Hall has sung four seasons with the Orange County Master Chorale, performing under the batons of Dr. Maurice Allard and Carmen Dragon.

Dean's album D.C. Hall was released in 2018 and he continues his songwriting and recording of his original music. On “Hey Bucko” Dean plays 1st flugelhorn, jazz ride. Member AFM Local 47