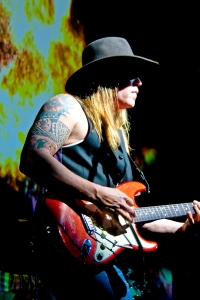 David Shelley draws the audience in with soulful vocals to articulate deep meaningful lyrics. David is a timeless artist, a multi talented singer, songwriter, guitarist and percussionist as well as a producer. He sings from his soul and projects his passion onto the audience as David’s band Bluestone breathes life into the songs and together they have become one of the top bands in the region.

David Shelley comes from a long line of performers, as the son of a jazz singer/ actress Martha Stewart (‘”Dollface”) and grandson of Buddy De Sylva, songwriter of classics like” the Birth of the Blues’, ‘Sunny Boy’ and ‘the Best things in life are free’. David Shelley’s break happened in the 90’s when his songs were chosen for a movie soundtrack. He was cast as actor in the movie ‘And God Created Women’ starring Rebecca DeMornay. This led to David becoming Cher’s guitar player for the ‘Heart of Stone’ tour, which included 66 shows worldwide and many memorable appearances in Cher’s videos, including the famous aircraft carrier scene of 'If I Could Turn Back Time.'

David has recently performed with renowned artists such as Government Mule (2010 and 2014), Devon Allman and Tommy Castro.

Currently with 2 internationally known original albums and a new album underway that the band will be debuting live in Europe in 2015, David Shelley and Bluestone are ready for the world stage. The band has made their mark in Europe where they have been awarded best studio album on a UK blues radio awards and perform in Canada's largest festivals annually.

“ With a high-voltage sound and incredible solos, David Shelley and his group Bluestone promise a concert bristling with energy, attitude… and a blues-rock sound that blows the doors out!”- International festival de Jazz de Montreal.