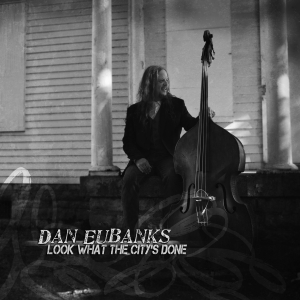 Look What The City's Done single release
Dan Eubanks is releasing a new single from his recent cd project, the title track, "Look What The City's Done". Dan wrote the song and it features him on lead, baritone vocal, and upright bass. Rounding out the band are well known musicians to most bluegrass fans, Ashby Frank on mandolin, Brandon Bostic on guitar, Ned Luberecki on banjo, Dan's coproducer and partner in the project Chas Williams on dobro , and of course the very recognizable tenor vocal of John Cowan. The song explores the album's underlying theme of the rural to urban transition that Dan feels is ever present in the bluegrass story as well as America's story.