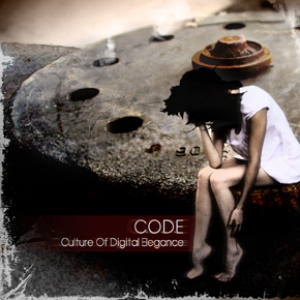 The band joined in 2002 during studies at the university
of Music Technology & Acoustics in Rethymno, Crete.
After experimenting with the mix of musical styles that
each of them favored, they created the C.O.D.E sound.
The name Culture Of Digital Elegance was created to
emphasize the 21st century hype... 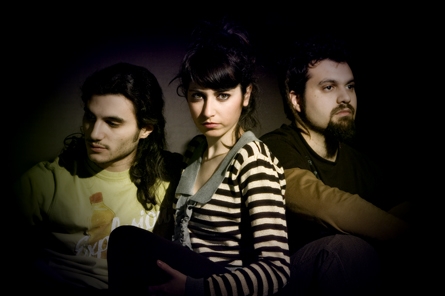 The band is now in Athens (Greece) and in the process
of promoting their debut album under the label "Records On Top".

Vicky Fyssika is the lead singer, Yiannis Katsaros plays
the guitars and forms the lyrics while Miltos
Schimatariotis (aka. MLT) has the synth-programming part.
The tracks are layed down by all three members. The album
Culture Of Digital Elegance was recorded, mixed and
produced by C.O.D.E at their former home studio in Rethymno. 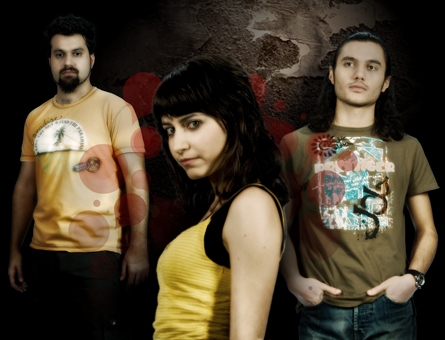 The group has combined enough different musical influences
to create their own distinct sound with an electronic pop-rock
style of music. C.O.D.E has presented and will continue to
present themselves in various musical scenes of Greece and
also have in their future plans the arrangement of gigs outside
of their country... 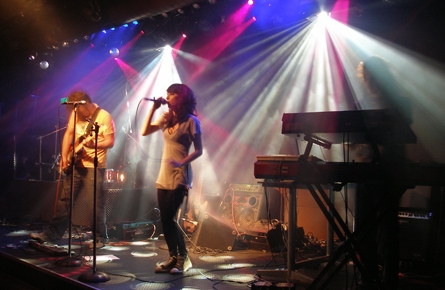