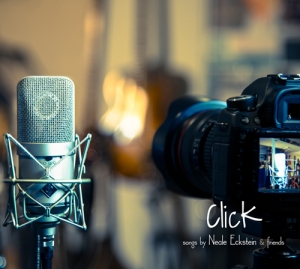 Also, Neale is known to many people in the folk world as a photographer. He takes great joy in documenting festivals and music gatherings. His photos are frequently used for album art, web sites and press.

Along the way, Neale began writing his own songs, often with established songwriters. Click is a collection of these songs, many of them sung by the co-songwriters, and others sung by artists Neale recruited for this project.