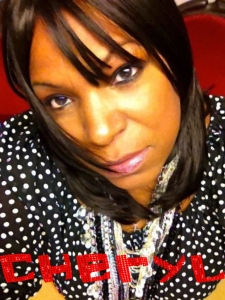 The vocal styling of Cheryl Woodruff-Brooks calls to mind such singers as Faith Evans, Mary J Blige and Lauryn Hill. But this Cleveland-raised songstress embodies a style -- soulful, passionate and pretty all-at-once – that is uniquely her own and cultivated in the churches and talent shows of her eclectic Midwestern upbringing.

As a child, Cheryl performed with her family choir, The Weeden Family Singers, who opened for the likes of Al Green, Dorothy Norwood and Shirley Ceasar. A budding song-writer, Cheryl wrote and recorded on Michael Fredo’s self-titled debut album (Warner/Qwest) a tune that was used to launch the "Tommy Girl" fragrance commercial. She shared writing and vocal talents on the hip-hop film "Black and White," starring Brooke Shields, Mike Tyson, and Allen Houston.

This April, Cheryl marks a new accomplishment in her music career – the debut of her solo album. The album is entitled, My First Love. Cheryl’s life moved in a different direction when becoming a wife and mother but she has returned to, her first love.

“This CD is a tribute to love and all of the emotions that it stirs up when you allow yourself to be vulnerable, authentic and honest.”

Keeping with spirit of love, Cheryl is releasing her first single on Valentine's Day, "Can't Do Without You." This song will be available on Itunes, Amazon, CD Baby and a host of other digital music websites.

Cheryl traces her musical start back to the day her mother overheard Cheryl singing tunes from a Minnie Riperton album. Mom promptly entered Cheryl into a talent show at a local Catholic School. Along with her sister and God-sister singing background, they won first place.

But her musical abilities are broad and varied, and include her start on the violin at the age of eight, the flute at the age of 13, lyric writing at the age of 12, and teaching herself to play the organ at 15. Cheryl studied voice in New York City with the late Therman Bailey and is currently taking piano.

Cheryl's mother who was once a professional dancer, performing behind the likes of Solomon Burke and Richard Pryor, taught Cheryl modern dance, ballet, jazz and tap. Along with singing, Cheryl spent her childhood in a dance group with her sister and childhood friend.

Cheryl appeared in several plays at Karamu Theater in Cleveland, Ohio and The Ohio Theater with the Cleveland Opera. Cheryl also wrote and performed a song entitled, "Love's Calling" produced by a Clevelander named Bill Richardson. This song became the theme song for the transition into the daily Lottery Number announcement on FM93.1.

Cheryl received her Bachelor’s of Business Administration in Finance from Ohio University, where she also performed with a three-girl group that played local bars, restaurants and festivals. They recorded jingles for their college radio station.

Brains to go with her “girl-next-door” beauty, Cheryl put down the microphone and went back to college and received her Masters of Business Administration in Marketing from Case Western Reserve University. She utilize her business acumen to eventually launch her own accessories company and was granted a design patent for one of her handbags that is currently own by the likes of celebrities such as Venus and Serena Williams, and actress/comedienne Kym Whitley.

Cheryl is a wife and mother, residing in Hershey, PA.
0
What's This
Advertisement