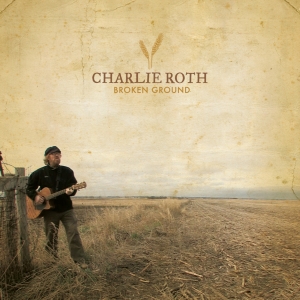 Americana artist Charlie Roth is a professional entertainer, and a singer songwriter with five solo CDs to his credit, and countless gigs under his belt. He has recorded with the likes of Sam Bush, Michael Bland, Bruce McCabe, and many others. His latest CD, "Broken Ground", has garnered him much praise among his contemporaries and air play across the USA Canada and Europe and has entered the Euro Americana charts at #6 this past November.

A prolific songwriter in his own write, Charlie has also been a great interpreter of other writer's work, putting his unique stamp on everything he sings and plays. Highly influenced as a young man with great wordsmiths and the storytellers of the day, you can hear in his original works shades of fellow Minnesotan Bob Dylan, John Prine, Townes Van Zant, Leon Redbone, David Bromberg, Jesse Winchester, Greg Brown, Jerry Jeff Walker, and Waylon Jennings to name a few. Today Charlie has found his own voice and continues to grow as an artist finding inspiration, influencing, and being influenced by his contemporaries.
25
What's This
Advertisement