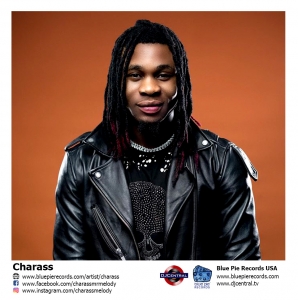 Charass is Mr. Melody himself, a shining example of what Afropop can really achieve, musically speaking!

An artist with ties to Blue Pie, Iroking, Nedjon Media and Royal Sound Entertainment, he's a man who's turned the heads of many in the industry, and he makes sure that he can deliver!

He's another Afropop star for you to vibe to, but his standout style and passion make certain that that's not ALL he is.

Hailing from Mbaise LAG in Imo state, Charass AKA Victor Chinedu Onyewuch first rose to stardom with his first hit single "Coco Butter" which saw a great amount of success in 2013. Musical giants Davido and

Phyno were also featured in his work, showing the extent of his musical prowess and influence! His live performances are known for his unique dance moves, and the presence he brings to the stage is unlike any other.

There's a slick kind of style involved with all of his work, one that only comes from artists living their dream. It's certain that Charass loves every second of his work.

If you wanted to follow along with that passion, check Charass out on social media! The world hasn't heard the last of Charass, and now it's up to you readers whether you'll come along for the ride!