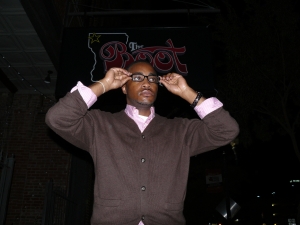 R.Dot is a young talented hip hop artist who rose to local stardom after releasing a group album entitled "Time" and soon became known all over the United States. His new single "It's You" has been downloaded over 100,000 times and it has been reported to be downloaded on 5 continents and over 900 cities. R.Dot has hopeful expections of reaching one million downloads.
0
What's This
Advertisement