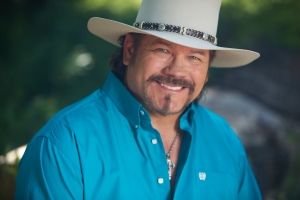 Buddy Jewell
America chose Buddy Jewell as the very first winner of the USA Network's hit reality show "Nashville Star". Buddy was the true viewer favorite from the very beginning, capturing 65% of the nationwide voting and beating out 11 other contestants, most notably, Miranda Lambert, by over 2 million votes on the final episode. He and America have been involved in a love affair ever since.
His self-titled Columbia Records debut release landed at #1 on the Billboard Top Country Album charts, was certified GOLD later that same year and garnered two back-to-back top five hits with "Sweet Southern Comfort" and "Help Pour Out the Rain (Lacey's Song)" Both tunes are RIAA certified 1 million radio air plays.
Buddy has been recognized by the Grammy's, ACM, CMA, ABC Radio Networks, ICMA, ICGMA and CMT with multiple awards and nominations. In 2011, he won the International Country Gospel Music Association's “Entertainer of the Year” and “Crossover Artist of the Year” awards. In 2015, he was inducted into the Arkansas Entertainer’s Hall of Fame. In 2018, his #1 Christian Country hit, “I’m There”, won the ICMA “Song of the Year” and in April 2019, Buddy won ICMA “Male Vocalist of the Year”.
His talents as a songwriter have garnered him an ICMA #1 for “When Mama Prayed”. Buddy’s touching ode to this father, “When I’m Good and Gone” received Grammy consideration for Ricky Skaggs and Sharon White and in May 2019, Buddy’s song, “One in a Row”, co-written with Thom McHugh, was released by Randy Travis as his first new song in over 6 years. His newest release “Willie Gave Up Weed” will put a smile on your face…legally!
Buddy Jewell gives back to his community and beyond on many levels, serving as past spokesperson for The Minnie Pearl Cancer Foundation and Compassion International. He ministers to inmates at nearby facilities on a regular basis as well. Buddy especially has a heart for children and actively supports several worthy causes including St. Jude Children’s Research Hospital.
Buddy has served our nation throughout his career, supporting and entertaining our troops at home and abroad. He traveled with Sergeant Major Kenneth O. Preston, on an extensive USO tour to remote forward operating bases on the front lines in Iraq, Kuwait and Afghanistan. Buddy Jewell is a proud American patriot, a devoted father and husband, and an outspoken follower of Jesus Christ.
Contact and Booking Information
Email:BookMyBuddy@comcast.net
Web site: www.BuddyJewell.com
FB: BuddyJewell TW: @buddyjewell
IG: thebuddyjewell