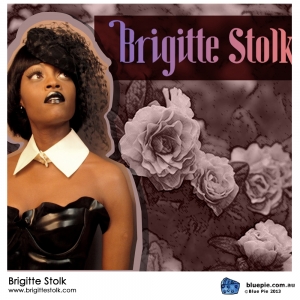 With her eccentric sound and eclectic style, Stolk may just be the funk and soul that the world needs to hear. She’s been compared to Janet Jackson and Aalyiah and many other powerful songstresses. Her soulful voice has gained her praise from audiences around the world for years and now it’s time for Brigitte to take the main stage.

Her voice signifies through the lyrics in her songs with such culture and affirmation. You feel as if she’s taking you on a journey from one side of the world to the other, and it shows. Stolk has studied Jazz, sung in gospel choirs and performed as a singer in hip-hop groups. All of these elements have proven that Brigitte still has many stories to tell and many worlds that she’ll take us to.

Everyday is a prime example of what Stolk’s album Solid’air represents, true old school funk along with a voice that will bring the house down.

< Go Back
4
What's This
Advertisement